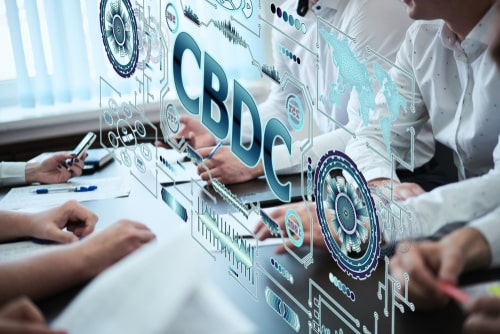 (Kitco News) The Bank for International Settlements (BIS) came out in full support of the development of the central bank digital currencies (CBDCs), stating in its new report that their time "has come."

"It would be fair to say that CBDCs are an idea whose time has come. We can see it from various surveys conducted by the BIS," BIS head of research Hyun Song Shin said during the press conference. "If done right, CBDCs can form the backbone of a highly efficient new digital payment system by enabling broad access and providing strong data governance and private standards."

The BIS report, titled 'CBDCs: an opportunity for the monetary system,' was released on Wednesday. It marks a big step in favor of this new technology.

Known as the central bank to the world's central banks, the BIS has been behind the scenes coordinating many of the discussions surrounding digital currencies over the last several years. On Wednesday, it released a list of recommendations outlining how CBDCs, including the digital dollar, yen, euro, or yuan, should look and function.

CBDCs are on their way, according to the report, with at least 56 central banks around the world already considering digital currencies.

"The train has left the station. It is not that we are getting carried away, we are just looking around … The new trade wars are technology wars," said BIS head of the Innovation Hub Benoit Coeure. "CBDC is not a transformational project for the financial sector. It's about making sure that in this new digital world, the financial system will remain competitive and open."

The BIS describes CBDCs as an "advanced representation of money for the digital economy."

One of the biggest appeals of adopting CBDCs is protection against the risk of currency substitution as the use of physical cash is dropping around the world. Countries are looking to compete with other forms of payments, including bitcoin and the Facebook-backed Diem, formerly Libra, according to the report.

"CBDCs built on digital identification could improve cross-border payments and limit the risks of currency substitution. Multi-CBDC arrangements could surmount the hurdles of sharing digital IDs across borders but will require international cooperation," the report said.

Many countries are already embracing CBDCs. For example, China is in the middle of testing a digital currency, and the Bahamas already launched a general-purpose CBDC back in October — the Sand Dollar.

When discussing the topic of digital IDs to go along with the use of CBDCs, Hyun Song Shin said countries would need to decide whether they want to create digital IDs for their citizens or proceed with the token-based approach, which is used by cryptocurrencies to keep transactions anonymous.

"While identification (based on a unique digital ID) is crucial for the safety of the payment system and transactions in a CBDC, there is a countervailing imperative to protect the privacy and safety of users. Beyond theft, the combination of transaction, geolocation, social media and search data raises concerns about data abuse and even personal safety. As such, protecting an individual's privacy from both commercial providers and governments has the attributes of a basic right. In this light, preventing the erosion of privacy warrants a cautious approach to digital identity," the report stated. "Identity fraud is a key concern in the digital economy. These considerations suggest that a token-based CBDC which comes with full anonymity could facilitate illegal activity, and is, therefore, unlikely to serve the public interest. Identification at some level is hence central in the design of CBDCs."

The BIS concludes that some type of an ID system is the "better way to go," Shin and Coeure said.

The report makes a clear distinction between CBDCs and cryptocurrencies, referring to bitcoin as a speculative asset.

"It is clear that cryptocurrencies are speculative assets rather than money, and in many cases are used to facilitate money laundering, ransomware attacks and other financial crimes. Bitcoin, in particular, has few redeeming public interest attributes when also considering its wasteful energy footprint," the report noted.

During the press conference, Coeure added that bitcoin "has certainly failed the test of becoming a means of payment."

The BIS is more lenient when it comes to stablecoins because they are backed by real currencies.

"These are only as good as the governance behind the promise of the backing. They also have the potential to fragment the liquidity of the monetary system and detract from the role of money as a coordination device. In any case, to the extent that the purported backing involves conventional money, stablecoins are ultimately only an appendage to the conventional monetary system and not a game-changer," the report said.