Yellen urges Congress to raise debt ceiling to avoid August default: Failing to do so would have 'catastrophic' consequences 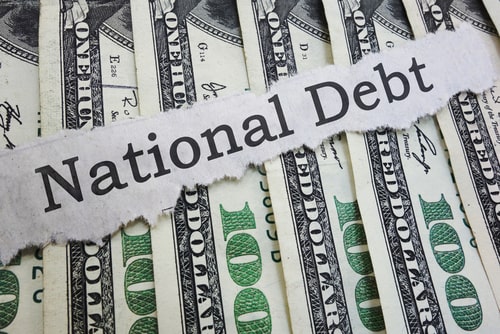 (Kitco News) U.S. Treasury Secretary Janet Yellen called on Congress to raise or suspend the debt ceiling as soon as possible, warning that failure to do so could lead to "catastrophic" consequences.

"Defaulting of a national debt should be regarded as unthinkable. Failing to increase the debt limit would have absolutely catastrophic economic consequences. It would be utterly unprecedented in American history for the U.S. government to default on its legal obligations," Yellen said in testimony to a Senate Appropriations subcommittee on Wednesday.

Congress suspended the U.S. borrowing limit back in 2019. The suspension lasts through July 31, 2021.

The Treasury has some wiggle room after that to keep paying the government's bills, but Yellen pointed out that due to all the uncertainty surrounding the pandemic, those measures could run out in August unless Congress acts before that.

"We can't tolerate any chance of defaulting on government debt. And there is a lot of uncertainty. It is possible that we could reach that point while Congress is out in August. And I would really urge prompt action on raising the limit or suspending it," Yellen said. "You mentioned July 31 as the date that the debt limit suspension ends and I would really urge that the debt limit be raised or suspended again before that. This is not about authorizing additional spending. This is simply about the government paying its bills, making good on the payments that are implied by the tax and seining decisions that Congress has made."

The consequences of a default on the national debt could trigger a financial crisis, she added.

"It would threaten the jobs and savings of Americans at a time when we are still recovering from the COVID pandemic," Yellen said. "I would plead with Congress simply to protect the full faith credit of the U.S. by acting to raise or suspend the debt limit as soon as possible."

Yellen was also questioned on the U.S. inflation outlook, with many senators expressing concern over rising prices.

U.S. Treasury Secretary's estimated that inflation would be less than 5% by the end of the year and return to around 2% in the next 12 months.

Yellen was also asked to comment on June's Federal Reserve interest rate announcement, which pointed to higher inflation expectations and a possibility of two rate hikes as soon as 2023.

Yellen replied that the Fed did not signal it was planning on raising rates sooner. "This is not what they did. Several individuals wrote down in their own individual forecasts, which were published, that they saw it was appropriate to raise rates sooner than previously," she said, referring to the Fed's dot plot projections.