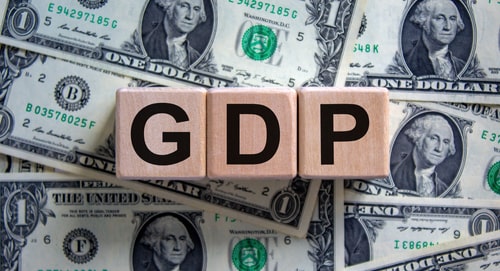 (Kitco News) The third reading of the U.S. Q1 GDP data did not surprise the markets, with the U.S. economy growing 6.4% as expected.

On the inflation front, the PCE price index rose 3.7% compared to an advance of 1.5% in Q4 of 2020. Core PCE, which strips out volatile food and energy prices and is the Federal Reserve’s preferred inflation metric, was up 2.5% compared to an increase of 1.3% posted in the prior quarter.