Is recession next? El-Erian is concerned the 'Fed is falling behind' on inflation story 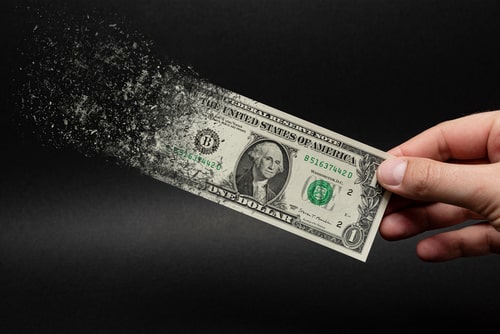 (Kitco News) Is the Federal Reserve missing the real inflation story? And will it be too late to act if the threat of higher prices is ignored? Allianz chief economic advisor Mohamed El-Erian aired out his concerns on what a delayed Fed reaction could trigger.

"I want to stress that the market has gotten very relaxed because the Fed's top management is very relaxed," El-Erian told CNBC on Monday. "If you were actually to look at the numbers on inflation, you would start having serious doubts in your mind as to how transitory inflation is."

At the moment, the markets are bored, and that is good news. But this sentiment is only due to the Fed's clear stance that inflation is transitory.

"Markets certainly believe the all-clear because the top leadership of the Fed is telling we are all clear. As long as the Fed believes it's transitory, that is what matters for markets," El-Erian said.

But there are real concerns about inflation. "Every day, I see more evidence of inflation not being transitory," he noted.

The big risk here is that if the Fed is forced to act quickly after ignoring inflation, it could trigger a recession, El-Erian warned.

"I have concern that the Fed is falling behind and that it may have to play catch-up. And history makes you very uncomfortable if you end up in a world in which the Fed has to play catch-up," he said. "Normally, we end up with a recession because you have to slam on the brakes as opposed to slowly taking your foot off the accelerator, which is what I believe is going to happen."

This is not something that could happen tomorrow, El-Erian added, noting that the markets won't have any real data on the nature of inflation until the end of the year. "The market expects that we will start getting some indications of what the tapering will look like [in August] — when will it start, at what pace, and what comes thereafter," he said.

The Fed has been reassuring the markets that the higher inflation numbers the U.S. has seen in April and May are transitory, including multiple comments from Fed Chair Jerome Powell and U.S. Treasury Secretary Janet Yellen.

Just last week, Powell testified:" Substantial part or perhaps all of the overshoot in inflation comes from the impact of reopening of the economy," Powell told the members of the House Select Subcommittee on the Coronavirus Crisis on Tuesday.

The Fed chair highlighted items such as cars, airplane tickets, hotel prices. "Those are things that we would look to stop going up and ultimately start to decline," Powell said, while also admitting that these temporary effects on inflation "have been higher than we expected, and they may turn out to be more persistent than we expected."