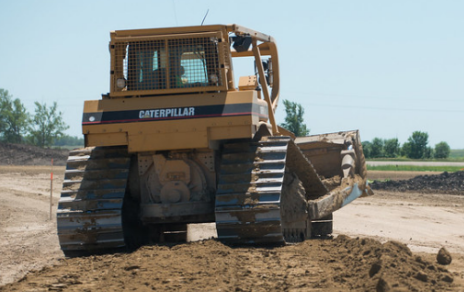 The Thompson nickel-copper-cobalt deposit was first discovered in 1956 by Vale (then known as Inco) following the adoption of new exploration technology and the largest exploration program to-date in the company's history. Mining of the Thompson orebody began in 1961. It consists of two mines that employ about 900 people and cover some 250 acres.

The company said that the Thompson Mine Expansion is a two-phase project. Today's announcement represents Phase 1 and includes critical infrastructure such as new ventilation raises and fans, increased backfill capacity and additional power distribution. The changes are forecast to improve current production by 30%.

Vale noted that this is the largest single investment the company made in its Thompson operations in the past two decades.

Mark Travers, Executive Vice-President for Base Metals with Vale, added, "It is significant news for our employees, for the Thompson community and for the Province of Manitoba. The global movement to electric vehicles, renewable energies and carbon reduction has shone a welcome spotlight on nickel – positioning the metal we mine as a key contributor to a greener future and boosting world demand. We are proud that Thompson can be part of that future and part of the low carbon solution."

Additionally, Vale said it is continuing an extensive drilling program to further define known orebodies and search for new mineralization.

"We see the lighting of a path forward to a sustainable and prosperous future for Vale Base Metals in Manitoba," said Gary Annett, General Manager of Vale's Manitoba Operations.

Vale's global Base Metals business is among the world's largest producers of high-quality nickel and an important producer of copper and responsibly sourced cobalt. With headquarters in Toronto, Canada, and operations in Newfoundland & Labrador, Ontario, Manitoba, Indonesia and Brazil, the Base Metals business delivers critical building blocks for a cleaner, greener future.