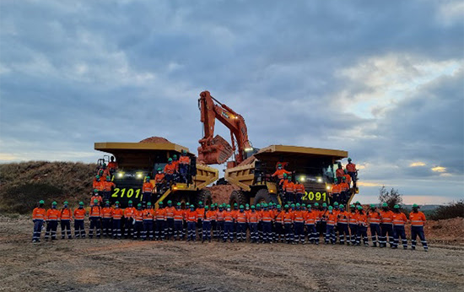 According to the company’s statement, construction remains on track to commence commissioning in Q4 2021 and pour gold in Q1 2022, with the expectation of producing 110,000 ounces of gold annually for the first five years of operations.

Mining activities are currently focused on removing waste from two locations and developing access roads, ramps, dumps and ore storage areas in preparation for a pre-stripping campaign prior to mining ore in late 2021.

The company added that construction is on schedule and on budget, with approximately $31 million of the $103 million construction budget spent and $70 million committed at the end of June 2021.

As a brownfield past-producing mine, the majority of site services and infrastructure is already in place at Santa Luz, Equinox noted. Restart activities are focused on refurbishing existing infrastructure, retrofitting the plant to incorporate resin-in-leach processing, installation of additional grinding infrastructure and increasing the storage capacities of the existing tailings and water storage facilities.

Meanwhile, the company said that completion of refurbishment of existing plant areas is scheduled for Q3 2021. Tailings and water storage facility expansions are underway with completion targeted for Q4 2021. A significant construction milestone was achieved on June 25 with installation of the first segment of the ball mill.

Equinox Gold is a Canadian mining company operating entirely in the Americas, with seven gold mines and a plan to achieve one million ounces of annual gold production from a pipeline of development and expansion projects.