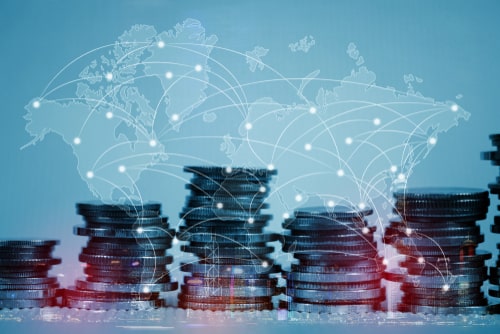 “Today’s agreement by 130 countries representing more than 90 percent of global GDP is a clear sign: the race to the bottom is one step closer to coming to an end,” Yellen said in a statement.

The global minimum tax has the potential to end the practice of the world’s largest corporations seeking out jurisdictions with the lowest tax rates and moving their headquarters there.

“For decades, the United States has participated in a self-defeating international tax competition, lowering our corporate tax rates only to watch other nations lower theirs in response. The result was a global race to the bottom: Who could lower their corporate rate further and faster? No nation has won this race,” Yellen said. “Lower tax rates have not only failed to attract new businesses, they have also deprived countries of funding for important investments like infrastructure, education, and efforts to combat the pandemic. In the United States, this agreement will ensure that corporations shoulder a fair share of that burden.”

Yellen also noted that this is how U.S. President Joe Biden’s “foreign policy for the middle class” looks like in practice.

Biden’s “foreign policy for the middle class” looks at harnessing globalization, trade, human rights, and the military for the benefit of working Americans.

Gold prices did not respond directly to the news amid an up and down trading session. Thin volumes add to the volatility as Canadian markets are closed for Canada Day, and American markets are gearing up for the Fourth of July weekend.

“The bulls are constrained by bearish near-term technical charts and a lack of risk aversion in the marketplace as the second half of 2021 begins,” said Kitco’s senior analyst Jim Wyckoff. “Lazy summertime trading continues in the world equity markets, amid no major geopolitical flare-ups and generally upbeat trader and investor attitudes. Traders and investors are so far not paying much attention to the delta strain of the Covid-19 virus that is becoming more problematic in Asian countries and other regions of the world.”