Is oil volatility explosive for gold price and other metals? Analysts weigh in 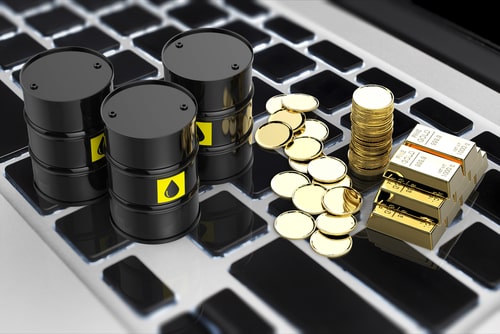 (Kitco News) Does the bullish trend in oil offer an opportunity for the metals sector, especially when it comes to inflation hedges such as gold?

This week's headlines have been focused on the volatility in the crude oil market after OPEC+ talks broke down and prices surged. On Wednesday, prices retreated after almost hitting $80 earlier in the week.

Markets are flip-flopping on what the breakdown in talks means for oil prices going forward, with many analysts warning that some members could choose to step up production on their own.

"Oil prices would probably only be driven up further if OPEC+ were to stick to its production cuts agreement, i.e. with oil production being raised only in July and then kept stable until April 2022 … Several members of the alliance would prefer to step up their production as soon as possible – even at the expense of the others," Weinberg added.

Lack of unity among the OPEC+ group could lead to less stability in the oil market, noted ANZ senior commodity strategist Daniel Hynes.

"That uncertainty is only expected to rise, with no talks scheduled between OPEC+ alliance members. This comes as the Biden administration puts pressure on Saudi Arabia and UAE to reach a deal amid rising gasoline prices in the U.S. during the peak driving season," Hynes said on Wednesday.

Precious metals have benefited from the risk-off tone in the marketplace, with gold rising back up above the $1,800 an ounce level this week. At the time of writing, August Comex gold futures were trading at $1,808.00, up 0.77% on the day. Brent crude and WTI crude were both last trading just above $70, down nearly 2% on the day.

Some analysts see crude oil continuing to rally, with the latest bullish move marking the start of a bigger move higher.

"Concerns surrounding deteriorating mobility due to a spreading Delta variant have been more than offset by an overly cautious policy from OPEC+, which has overwhelmingly driven the breakout higher in crude oil prices. As long as this impasse keeps the status-quo production agreement in place, it should lead to a temporary and significantly larger-than-anticipated deficit, which should fuel even higher prices for the time being. The Summer Breakout in oil prices is set to gather steam at a fast clip," said strategists at TD Securities.

"Oil will continue to go up between now and the year-end. At some point in 2021, as we realize how constraint non-OPEC oil is, prices could even go back to over $100," Goehring said.

And by the end of 2022, the global oil demand could return to its old peaks. "Global demand and year-end seasonality could see total global oil demand exceeding total oil pumping capability in Q4 2022. This never happened before. We could test what it is like to exist when total demand meets total supply capability," he explained. "Supply disruptions will have the magnify-effect on OPEC's pricing power."

Impact on gold and other metals

"Energy trends have important (dis)inflationary implications for the global economy beyond being a growth (or recession) gauge," Shiels said on Wednesday. "This current inflationary rally provides bullish tailwinds for all commodities but especially inflation hedges like gold, and it puts commodities as a sector back on the map. There is also a positive feedback loop in that it raises the cost of production floors for many producers."

Historical trends from the past two decades show a correlation between higher oil and metals prices, Shiels added.

"There are ten historical instances since 2001 when oil has ripped higher by more than 50% in 6 months; all metals often follow the large rally in oil with average 6mo increases ranging from +7% (gold), to +29% (platinum) and +36% (copper)," she added. "Gold is the least correlated to sustained oil rallies, while PGMS and copper enjoy a +0.2 and +0.65 correlation with these 6mo WTI rallies. Despite the calls for gold to act as a commodity, the historical analysis/lack of correlation helps explains why Gold is a safe haven."

"Uncertainty around oil could have big implications for inflation, and that is still one of the main drivers for gold," he said. "It's interesting in the case of Russia too, which is such a big OPEC+ player. Russia is reliant on energy markets for its economy, and it hasn't been buying gold lately. If oil rises, the country could see extra funds and possibly start purchasing gold again," he said.

In terms of outperformance, gold is projected to do better than crude oil going forward, according to Bloomberg Commodities senior commodity strategist Mike McGlone.

"The world changed in 2008 and the potential for more in 2021 tilts our bias toward a resumption in the trend of gold outperforming crude oil. Gold has firm underpinnings from its limited supply and store-of-value, diversifier status in the race to debase among fiat currencies from countries with rising debt-to-GDP and quantitative-easing levels," McGlone wrote on Wednesday. "Juxtaposed is the world's most significant commodity -- crude oil -- facing declining incremental demand vs. rising supply as technology rapidly advances and demographics shift."

The gold-to-oil ratio is one of the key metrics to keep an eye on as wild swings one way or the other tend to reverse.

"This ratio is nothing more than the number of oil barrels one ounce of gold will buy. It is a ratio that we have followed closely over the last 25 years and, although many investors may disagree with us, we believe this indicator has significant investment implications," said Goehring. "In October 2020, gold bought almost 55 barrels of oil. Oil was radically cheap. Now, that ratio buys about 25 barrels of oil. Oil is not so radically undervalued relative to gold anymore. But we favor oil over gold. Oil will continue to outperform gold for at least a year. But after a boom in oil, gold will become undervalued to oil again. Thats the relationship."

Goehring described oil as one of the most critical industrial commodities and gold as the world's most important financial commodity.