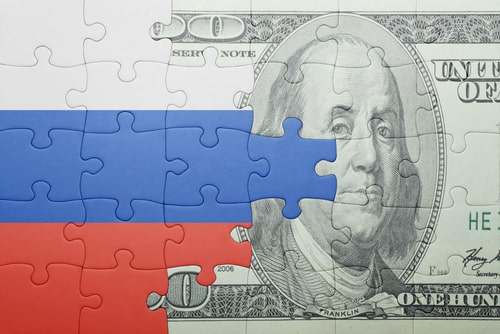 The NWF's holdings of the U.S. dollar were reduced from 35% to zero. The wealth fund also cut its share of British pounds to 5%, Russia's Finance Ministry said.

Increased were the fund’s holdings of euro and Chinese yuan, up 39.7% and 30.4%, respectively. Updated gold holdings were now at 20.2% and the share of Japanese yen was at 4.7%, according to the statement released on Tuesday.

"These conversion operations were carried out with the funds of the NWF in foreign currency placed in accounts with the Bank of Russia as of July 1, 2021, as well as with federal budget funds in foreign currency in the equivalent of 31.6 billion rubles, credited to the Fund on July 2 this year in order to form it in accordance with the legislation of the Russian Federation," the statement said.

Russia's Finance Ministry elaborated that the euro and yuan holdings are seen as alternatives to the dollar, noting that these are "the currencies of Russia's leading foreign economic partners."

The ministry also described gold as "an asset capable of protecting the NWF's investments from inflationary risks."

This move was widely anticipated after Russia's Finance Minister Anton Siluanov told reporters back in June that "like the central bank, we have decided to reduce investments of the NWF in dollar assets."?

The move to de-dollarize is meant to ensure "the safety of the NWF funds in the context of macroeconomic and geopolitical trends of recent years, and decisions aimed at 'de-dollarization' of the Russian economy," said the Finance Ministry.?