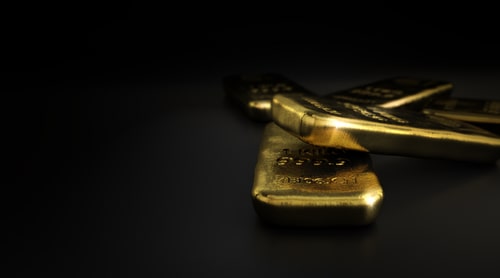 (Kitco News) Gold is ready to resume its rally, and two key drivers could take the precious metal above the $2,000 an ounce level, according to Bloomberg Intelligence.

"Down about 7% in 2021 and having retraced almost 20% from record highs, the metal appears ripe to resume its rally," said Bloomberg Commodities senior commodity strategist Mike McGlone.

The two drivers that could trigger a rally back to August highs are a reversal in the stock market and further declines in the U.S. Treasury yields.

"A potential catalyst for gold to breach $2,000 an ounce resistance is a bit of reversion in the stock market and continuation of the decline in U.S. Treasury bond yields from the March peak," McGlone said. "We see gold more likely to approach $2,000 resistance than sustain below $1,700 support in 2H. Like bonds, the metal may provide a hedge vs. a rise in stock-market volatility."

The macro-environment remains very accommodative, with gold and bonds working in tandem to provide a hedge against increased stock market volatility in the second part of the year.

"It's the near-certainty of rising U.S. debt-to-GDP and increasing dependence on quantitative easing that keeps our gold price bias bullish, notably on the back of a good discount from the 2020 peak," McGlone added. "The U.S. Treasury long-bond yield showing comfort at 2% support is increasingly tilting probabilities to resuming more-deflationary trends."

McGlone described gold as the top commodity performer while highlighting oil as the big loser in the second half of the year.

"We see a bull market in gold that has backed up to good support on shorter-term issues, but with enduring, longer-term underpinnings. Crude's recovery from the extreme 2020 flush risks being within a longer-lasting bear market," he said. "Crude oil may follow peaks in lumber, corn and copper."

"Gold has firm underpinnings from its limited supply and store-of-value, diversifier status in the race to debase among fiat currencies from countries with rising debt-to-GDP and quantitative-easing levels," McGlone wrote on Wednesday. "Juxtaposed is the world's most significant commodity -- crude oil -- facing declining incremental demand vs. rising supply as technology rapidly advances and demographics shift."