Watch Tuesday's inflation number, it could be the driver gold price needs - analysts 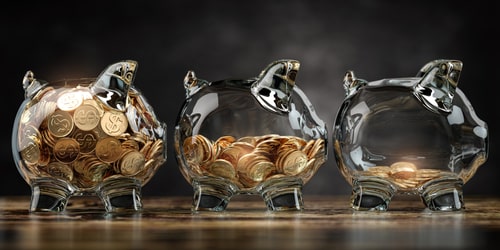 (Kitco News) The new U.S. inflation figures from June are looking like the fresh driver that gold is in need of, according to analysts.

June's CPI data is scheduled to be released on Tuesday. And market consensus forecasts are calling for the annual number to come in around 5%, while the annual core inflation measure is expected to climb to 4% for the first time since 1991.

"It is possible that the U.S. inflation data will give prices a boost when they are released tomorrow. They are likely to show that consumer prices once again rose sharply month-on-month in June," said Commerzbank analyst Carsten Fritsch. "This could make market participants focus more on gold's role as an inflation hedge again. This at least would be the case assuming that the expectations of Fed rate hikes do not increase at the same time."

However, strategists at TD Securities warned that a significantly higher CPI number from June could spark markets' tapering fears, which would weigh on gold.

"An upside surprise in this week's CPI print could still add conviction to an earlier Fed hike, rather than reinforcing lower real yields … Ultimately, we expect that inflation will prove transitory, which implies that market pricing for Fed policy is too hawkish. In this scenario, the more benign positioning slate should eventually serve as a fertile breeding ground for higher prices," the bank's strategists said on Monday.

"With labor supply issues and supply chain disruptions putting up costs, there is growing evidence that companies are passing them onto consumers given the strong demand environment. This means elevated inflation readings are looking less transitory and more prolonged than the Fed would like," Knightley said.

"The Fed has made it clear on multiple occasions that it sees the high inflation rates as transitory and does not intend to react to them. A glance at the market-based inflation expectations shows that the market shares this view," he said.

Many market observers blamed gold's sluggish price action on Monday on a lack of fresh impetus.

"It's a quieter news day to start the trading week, which has traders focusing more on the outside markets for direction while they await new fundamental developments," said Kitco's senior analyst Jim Wyckoff. "The key outside markets are in a slightly bearish daily posture for the precious metals today—a firmer U.S. dollar index and weaker crude oil prices."

Investment flows into gold are also on hold, said Fritsch, citing ETF data. "Thanks to the inflow of just shy of three tons reported by Bloomberg on Friday, ETF holdings remained unchanged week-on-week," he noted.

Aside from the inflation data, there are other drivers that are already on the horizon for gold.

With many COVID-19 variants spreading across the world, the global economic recovery is not a sure thing yet. And that is expected to boost the safe-haven demand for the precious metal, said ANZ senior commodity strategist Daniel Hynes.

"The risks to recovery were underscored last week by minutes from the FOMC, where officials were not ready to communicate a timeline for tapering asset purchase due to high uncertainty in the economic outlook. Sentiment has also been supported by strong physical demand."

Hynes also cited India's June gold imports rising 14% on an annual basis to 15 metric tons. "The country has been slowing getting on top of its last wave of coronavirus, with restrictions slowly easing," he said.