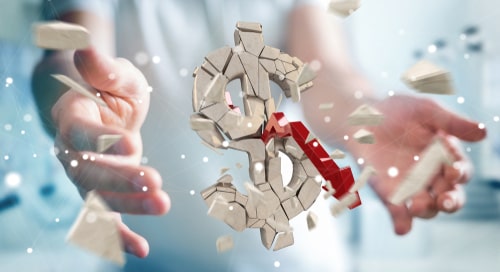 (Kitco News) DoubleLine CEO Jeffrey Gundlach said that gold is getting in its way this year while the broader commodities index is performing better than stocks.

"Interestingly, gold is actually negative this year. Commodities are very strong. Commodities are up more than stocks this year as a basket. But gold can't seem to get out of its own way. And obviously, the dollar being firmer lately is not positive for gold either," Gundlach told CNBC on Thursday.

When it comes to further upside in commodities, Gundlach noted that the rally is near its top.

"My guess, commodities won't break out on the upside. The move has been so linear and so persistent. The dollar has been moderately firmer in the last several weeks, and that will continue. And that would mean that commodity prices should probably be faded at this time," he said.

But there is a key difference between looking at the short-term versus the long-term time horizon outlook for the U.S. dollar. "In the near term, the dollar seems firm. In the longer term, the dollar is doomed," Gundlach pointed out.

A big drop in the dollar is coming in the intermediate-term, the so-called bond king added, citing the size of the U.S. deficit.

"Ultimately, the size of our deficits — both trade deficit, which has exploded post-pandemic, and the budget deficit, which is, obviously, completely off the charts — suggest that in the intermediate-term — I don't really think this year, exactly, but in the intermediate term — the dollar is going to fall pretty substantially," Gundlach said. "That's going to be a very important dynamic because one of the things that's helped the bond market, without any doubt, has been foreign buying, with the interest rate differentials having favored hedged U.S. bond positions for foreign bond investors."

"I started out 25/25/25/25 — stocks, long-term government bonds, gold, and cash. I altered that a few months ago to reduce the cash and increase the stocks a little bit," he said. "That mix is sensible until such time we have clarity on what's going to happen with government stimulus."

Gundlach also described the Fed's stimulus situation as a bit of a double-edged sword. "I don't believe the Fed can go cold turkey on stimulus, he said. "If stimulus continues, inflation could get worse. If they take stimulus away, the economy is extremely uncertain."

On top of that, Fed's stimulus leads to elevated consumer behavior, befitting China.

When talking about inflation, Gundlach warned that many themes this year remind him of the 1970s. He added that the Fed would soon start having a hard time explaining away inflation as transitory.

"They talked about transitory as being two or three weeks. And now transitory seems to have turned into six to nine months. And it's looking like they're gonna have to extend that definition of transitory," he said. "But Jay Powell is still kind of wishing, hoping, and praying this goes away. I don't really know why inflation is going to be transitory if this stimulus continues."

Inflation data has been coming in hot for the last few months. If this continues for another two months, the Fed will need a reality check, Gundlach added.

The bond market is already pricing in the Fed getting more serious about inflation. "The bond market is thinking one move ahead that the Fed may actually have to start doing something about seriously reducing these bond-buying programs and maybe even start raising short-term interest rates," Gundlach noted.

Talking about bitcoin, Gundlach said he wouldn’t own it right now because the cryptocurrency is likely to go down to $23,000. At the time of writing, bitcoin was trading at $31,520.

"Right now, the chart on bitcoin looks pretty scary. It's dropped a lot from $60,000 down to around $31,500, and it looks like a massive head-and-shoulders top," he said. "I'm not a big believer in head-and-shoulders tops, but this one looks pretty convincing. Turning neutral at $23,000 was obviously too early, but I’ve got a feeling you're going to be able to buy it below $23,000 again."