It's a 'challenge' how to react to this 'unique inflation' shock, says Fed's Powell 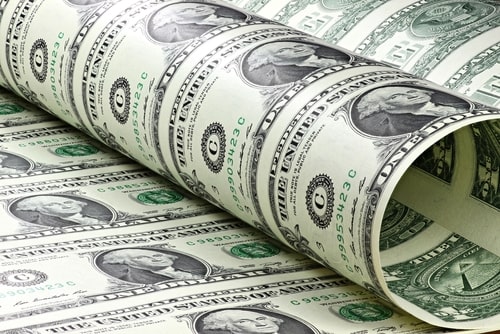 (Kitco News) U.S. Federal Reserve Chair Jerome Powell got more descriptive when answering another wave of questions dealing with inflation during a hearing before the Senate Banking Committee on Thursday.

"[Inflation] is not moderately above 2%, it is well above 2%. We understand that. It is also not tied to the usual things inflation is tied to. This is a shock going through the system associated with the reopening of the economy. We are not comfortable with that," Powell said during his testimony before the Committee on Banking, Housing, and Urban Affairs.

The Fed chair described the current inflation pressures as "unique" in history, adding that they are a challenge for the Fed.

"We don't have another example of the last time we reopened a $20-trillion economy with lots of fiscal and monetary support," Powell said. "The challenge we are confronting is how to react to this inflation, which is larger than we expected. To the extent it is temporary, it wouldn't be appropriate to react to it. But to the extent it gets longer and longer, we" have to continue to revaluate the risks that would affect inflation expectations, and that is what we are monitoring."

Inflation expectations are critical to the price surge story because they create actual inflation, noted Powell.

"They are not at a troubling level now. But it is something we'll be carefully watching," he said. "We want inflation expectations to be anchored at 2%. Because if they are not, there is not much reason to think inflation will average at 2%."

The next Federal Reserve's monetary policy meeting will be especially important for the markets, with Powell saying that FOMC members will be discussing "substantial progress" made and the possibility of reducing its $120 billion a month asset purchases.

The next monetary policy meeting is scheduled for July 27-28.

Powell noted that there has been "a big uptick in inflation," stating that the central bank is currently trying to understand whether it might have to act or not.

"One way or another, we won't be going into a high period of inflation for a long period of time because we have tools, and we will use them," he said. "We are very well aware of risks of inflations and watching carefully."

Powell reiterated that most current price pressures are connected with used cars, new cars, rental cars, and airplane tickets. "These things are clearly temporary, but we don't know when they'll go away. What we don't see now is broad inflation pressures showing up in other categories," he said.

Debt was another issue discussed during the testimony, with Powell highlighting that the U.S. is not on a sustainable path.

"Debt is growing substantially faster than the economy. In the long run, that is not sustainable. The laws of gravity have not been repealed. We'll need to get back on the sustainable path at some point. The time to do that is when the economy is strong — unemployment is low, taxes are rolling in. That is the time to do it."

On the central bank digital currency (CBDC), Powell clarified that he is "legitimately undecided whether the benefits outweigh the costs or vice versa on CBDC."

On Wednesday, Powell pointed out that one of the stronger arguments for CBDC was that it would replace the need for stablecoins.

On Thursday, he clarified his stance: "The more direct route would be to appropriately regulate stablecoins, which we don't do right now … My point with stablecoins is that they are like money funds and bank deposits that are growing in popularity. We have to have appropriate regulation."

The Fed would ideally get authorization and broad support for the central bank digital currency, he added. "Our obligation is to explore technology and policy issues in the next couple of years. My mind is open on this."

One of the top risks on Powell's mind is cyber risk, he added. "We have a playbook for bad lending and risk management. But cyber, as you see with ransomware issues, is an ongoing race to keep up. That is a thing I worry the most about."