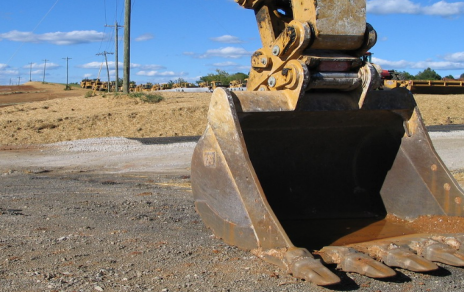 (Kitco News) - Kinross Gold (TSX:K; NYSE:KGC), one of the largest gold mining companies globally, announced Thursday that it has signed a definitive agreement with the Government of Mauritania to provide enhanced certainty on Tasiast economics.

According to a press-release, the agreement confirms the same key terms of the agreement in principle signed on June 15, 2020, including: the continuation of tax exemptions on fuel duties; the repayment by the Government to Kinross of approximately $40 million in outstanding VAT refunds; the payment by the company to the Government of $10 million to resolve disputed matters; the nomination of two observers by the Government to the Board of Directors of the Kinross subsidiary operating the Tasiast mine.

In addition, the agreement introduces an updated escalating royalty structure tied to the gold price that aligns with current Mauritanian mining legislation and is comparable to other royalties in the region, the company added.

Kinross noted that Mauritania's Minister of Petroleum, Mines and Energy, Abdessalem Ould Mohamed Saleh, reiterated the Government's solidarity and support for the company during his two-day visit to Tasiast in late June 2021. The company and Government are focused on the goal of restarting milling operations at Tasiast and are prioritizing efforts and processes to achieve this shared objective.

However, Kinross explained that Tasiast Sud is not included in this simplified agreement and is not part of the 24k expansion project, Tasiast's current life of mine production plan and Kinross' mineral reserve and resource estimates. Kinross said that discussions respecting the prospective Tasiast Sud area are expected to continue.

"We are pleased to finalize the balanced agreement with the Government of Mauritania to further strengthen our longstanding and constructive relationship," said president and CEO J. Paul Rollinson. "We look forward to continue delivering strong results at Tasiast for the benefit of both Kinross and Mauritania."