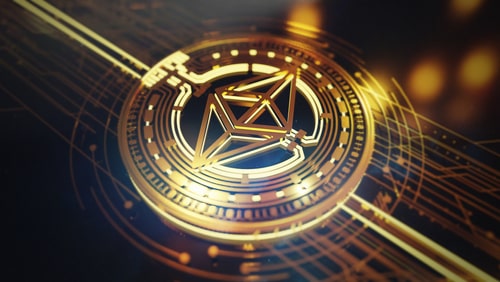 "It's got a risk profile that I am not too enthused about," Di Iorio told Bloomberg. "I don't feel necessarily safe in this space. If I was focused on larger problems, I think I'd be safer."

Di Iorio added that he would also be selling Decentral Inc. — a Toronto-based innovation hub and software company that is focused on blockchain technologies.

The sale will not be made with crypto. Di Iorio will either accept cash or equity in another company, Bloomberg reported.

"I want to diversify to not being a crypto guy, but being a guy tackling complex problems," Di Iorio said.

The ethereum co-founder said he wants to focus on philanthropy and other business ideas outside of the crypto space. He'll also be cutting any existing ties with blockchain projects.

Di Iorio pointed out that he had to travel with a security team anywhere he went since 2017.

Ethereum co-founder didn't disclose his cryptocurrency holdings, but in 2018 Forbes estimated his net worth to be around $1 billion.

Di Iorio co-founded ethereum in 2013. The cryptocurrency is now the second most popular behind bitcoin, last trading at $1,820.54, with a market cap of around $213 billion.

"Despite claims of 'decentralization,' the cryptocurrency industry is controlled by a powerful cartel of wealthy figures who, with time, have evolved to incorporate many of the same institutions tied to the existing centralized financial system they supposedly set out to replace," Palmer wrote.

"The cryptocurrency industry leverages a network of shady business connections, bought influencers and pay-for-play media outlets to perpetuate a cult-like "get rich quick" funnel designed to extract new money from the financially desperate and naive."