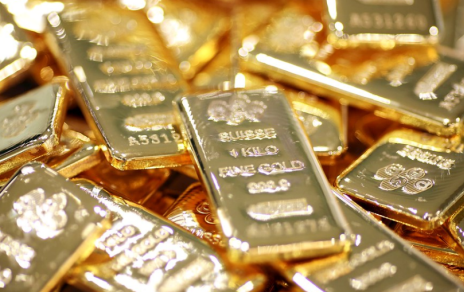 (Kitco News) - Hedge funds continue to invest in gold and reduce their bearish bets, according to the latest data from the Commodity Futures Commission; however, some analysts warn investors that sentiment could be shifting as the precious metal sees little new momentum despite a sustained drop in bond yields.

The CFTC disaggregated Commitments of Traders report for the week ending July 13 showed money managers increase their speculative gross long positions in Comex gold futures by 4,720 contracts to 135,938. At the same time, short positions fell by 3,611 contracts to 49,647.

During the survey period, gold prices have managed to hold critical support above $1,800 an ounce.

Although gold prices have managed to hold critical support, some analysts have been disappointed as the precious metal has been unable to hold significant gains after rising to a one-month high last week.

"Gold prices are still struggling to firm in spite of the extremely positive price action in real yields, which sent US10y TIPS prices back towards their pandemic-era highs. In contrast, the yellow metal can't manage to break north of its 200dma," said analysts at TD Securities. "This highlights a sharp divergence in capital flows as high inflation prints have kept break-evens elevated, primarily as a function of carry. Gold does not hold a similar carry advantage, explaining why speculative flows have remained subdued. This points to a more vulnerable microstructure, creating the set-up for yet another pullback lower in prices."

Analysts at Commerzbank also noted that speculative interest could start to shift as gold prices struggle. They said that selling in gold-backed exchange-traded products could foreshadow further selling among speculators in futures.

The analysts noted that gold's weakness comes as real yields trade around -1.05%.

"The recent slide in the gold price is all the more remarkable. The only possible explanation might be the selling on the part of ETF investors: gold ETFs tracked by Bloomberg registered outflows of nearly six tons on Frida," the analysts said. "Outflows over the course of the week totaled close to nine tons. Whatever the motive may have been for the selling, it means headwind for the gold price just now."

Analysts say that the critical level to watch in the near term is $1,800 an ounce.

However, not all analysts are pessimistic on gold. Carley Garner, co-founder of the commodity brokerage firm DeCarley Trading, said in a recent interview with Kitco News that she sees a drop to $1,790 as a buying opportunity as gold enters a seasonally strong period.

She added that gold's net length is well below last year's highs and is a sign of how much potential the precious metal has when bullish momentum starts to pick up.

John Reade, chief market strategist at the World Gold Council noted in a comment on Twitter that gold's net length, down from the peaks seen in the last five years, shows improving sentiment from the lows seen at the start of the year.

Levels are still modest compared to the peaks over the past five years, but reflecting ongoing improvement in sentiment from this market. pic.twitter.com/RCmoc54Zsr

Reade added that gold could be struggling to attract new bullish attention as the U.S. dollar remains firm, even in a low-interest rate environment.

Sentiment in the silver market appears to be stalling out as hedge funds reduce their overall exposure to the precious metal.

Silver's net length stands at 34,155, relatively unchanged from the previous week. During the survey period, prices continued to test support around $26 an ounce.

Not only is silver struggling to attract capital as a monetary metal, but rising concerns over the economic recovery is weigh on the metal's industrial demand along with other metals like copper.

Looking at the copper market, the disaggregated report showed money-managed speculative gross long positions in Comex high-grade copper futures fell by 1,683 contracts to 57,039. At the same time, short positions rose by only 97 contracts to 27,896.

Copper's net length dropped to 29,143 contracts, relatively unchanged from the previous week. During the survey period, copper prices traded near support at $4.25 an ounce.

Gold is trading marginally lower leading into the European open