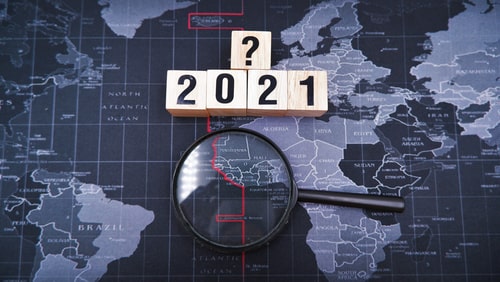 It is all about the massive policy response deployed to fight the COVID-19 crisis.

"We're in untested waters. It's a scenario that hasn't played out before," Deane told Kitco News. "After every major economic crisis that we've had, we've adjusted our economic thesis — how we approach markets from a central bank perspective and how we manage economies going forward," Deane pointed out.

And in response to COVID-19, governments around the world, including the U.S., have embraced very supportive fiscal and monetary policies.

"There is an excessive amount of debt on top of pretty much zero rates around the world," Deane said. "That debt is both at the corporate level and the individual level. It is a real concern if inflation gets out of hand."

The main issue is how to taper inflation. "If the Fed starts raising rates in this environment, the impact on the economy will be quite significant. It's a real fine line that they have to walk whereby raising rates doesn't dramatically cause a huge U-turn in the economic stability that they've been able to create," Deane explained.

This is a challenging environment for all central banks around the world to try and tackle. "Think of it from a percentage perspective. When interest rates are 6%, and you raise them ten basis points, the overall impact on a borrower is not that dramatic. However, if you're at 1% and you raise it by ten basis points, it is a 10% increase in your interest repayments. That has dramatic impacts," Deane stated.

"That's the problem we face … We haven't had a disaster yet or a major issue yet. We are potentially at the precipice of that scenario whereby we don't know how to manage this. It's difficult to get out of this scenario," Deane noted. "We are likely to continue to try and kick the can down the road, and if inflation does pick up, the Fed will try to manage it, but not stifle it."

Inflation is here to stay

There are currently two types of views dominating the marketplace when it comes to inflation. One argues that inflation, as the Fed says, is transitory. The other believes that it is secular and higher prices are here to stay.

And while the Fed maintains that the higher prices are all about the pressure on the supply lines as economies worldwide reopen, Deane sees demand-driven inflation as part of the problem.

"The market is not looking enough at what happened in asset inflation on the back of this huge amount of stimulus. That money is starting to be spent. We are creating demand-based inflation in the market," he said. "It's just natural for people to go out and say, 'I didn't have any dinners out last year, so I'm going to do it twice this year,' and that will cause inflation. That's definitely where I see inflationary pressures coming through."

What usually happens with higher demand for goods is that once prices and wage levels rise, they stay elevated. And that could be a problem when it comes to the Fed's flexible inflation approach.

"The Fed openly said it has a flexible approach to inflation, and it'll let inflation run hot. And that's a risky decision because it is hard to get inflation under control once it starts running hot," Deane said. "And we're in a period where the risk is much more skewed towards bigger inflation spikes. And that leads to higher asset prices, in particular defensive assets like gold."

One wrong move and the Fed could be forced to raise rates quickly, undermining the health of the economic recovery.

For Deane, the big winner here will be real assets, such as gold, hard commodities, and real estate.

"It's very much untested waters, and the outcome is unknown," he said. "For me, it's always about looking at the risk-reward. And to me, the reward is being long real-world assets or hard assets, and obviously, gold is central to that. From the assets side of things, hard assets are the major winners, whether it's real estate, gold, bitcoin, precious metals, hard commodities. They become winners."

He added that gold has held up well despite a higher U.S. dollar weighing on the precious metal.

"Right now, the fair value for gold is between $1,800 to $1900. There's a lot of uncertainty around whether inflation is transitory or secular. Last year, gold was playing the role of a defensive asset. The 2021 roadmap for gold is more of an inflation trade rather than the uncertainty trade," Deane elaborated.

When it comes to trading gold, investors should be looking five years down the road.

"What do we think is going to play out in regards to inflationary pressures? We've gone from being this sort of stepped approach to this explosion in the stimulus. What does it mean for the economy, and can the economy endure? Can we have the sort of policy response without a meaningful amount of growth in CPI?" Deane asked.

Most of the investors are happy with having a little money in gold right now, but that could start to change over the next year.

"We are starting to see these inflation prints. As that filters through the market, you'll see gold respond. Medium and long term, if my thesis is correct and this is secular inflation, we're going to see materially higher gold in the next 12-18 months. Gold can definitely trade at new all-time highs," Deane projected. "If I'm wrong on the inflation side and it is transitory, the positive for gold is that the positioning right now is not over the top. The risk-reward of gold today is very much skewed to the upside."

Since the 1970s, all fiat currencies are based on the trust that governments have the ability to manage the economic stability of a nation, Deane added.