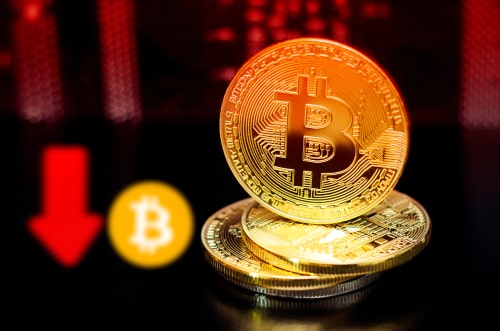 (Kitco News) The selloff in the crypto space picked up the pace on Tuesday, with bitcoin falling below $30,000 and ethereum dropping towards $1,700.

Analysts pointed to a broader risk-off sentiment in the marketplace due to the rising coronavirus cases across the globe.

In the last 24 hours, the selloff in crypto took out $89 billion from the space, according to CoinMarketCap's data.

The last time crypto saw such a big selloff was about a month ago when China's central bank ordered the country's major financial institutions not to provide trading, clearing and settlement for crypto transactions.

A drop below $30,000 could trigger another major selloff towards $20,000, said OANDA senior market analyst Edward Moya, adding that "new institutional buyers" could start to come in at these levels.

It has also been a busy few days for the crypto space news-wise.

On Monday, Treasury Secretary Janet Yellen called for a quick establishment of a regulatory framework for stablecoins.

"The Secretary underscored the need to act quickly to ensure there is an appropriate U.S. regulatory framework in place," the U.S. Department of the Treasury said in a press release. "The PWG [President's Working Group on Financial Markets] expects to issue recommendations in the coming months."

Ethereum co-founder said he is quitting crypto, citing personal security concerns. "It's got a risk profile that I am not too enthused about," Di Iorio told Bloomberg. "I don't feel necessarily safe in this space. If I was focused on larger problems, I think I'd be safer."

"Despite claims of 'decentralization,' the cryptocurrency industry is controlled by a powerful cartel of wealthy figures who, with time, have evolved to incorporate many of the same institutions tied to the existing centralized financial system they supposedly set out to replace," Palmer said in a Twitter post.

On Friday, a viral video made its rounds showing Malaysian police using a steamroller to destroy 1,069 bitcoin mining rigs.

This week all eyes are on the 'B Word' event starting on Wednesday at noon ET time. “The ? Word is a Bitcoin focused initiative that aims to demystify and destigmatize mainstream narratives about Bitcoin, explain how institutions can embrace it, and raise awareness around areas of the network that need support,” according to its website.