Elon Musk on owning bitcoin, ethereum and doge: 'I might pump, but I don't dump' 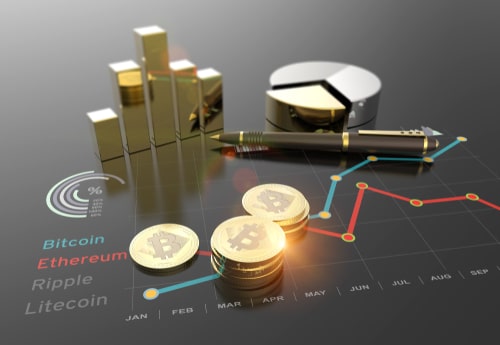 "I own bitcoin, Tesla owns bitcoin, SpaceX owns bitcoin, I own ethereum and dogecoin," Musk said at the B Word conference during a discussion with ARK Invest CEO Cathie Wood and Square CEO Jack Dorsey.

Musk stated that out of the three cryptocurrencies, he owns far more bitcoin. He also added that these are his only significant investments outside of Tesla and SpaceX stock.

"I would like to see bitcoin succeed. If bitcoin goes down, I lose money," Musk said. "I might pump, but I don't dump. I definitely do not believe in getting the price high and selling or anything like that."

When talking about bitcoin as an inflation hedge, Musk said that Tesla's bank balances in Europe have negative interest rates. "Drives me crazy," he said.

When asked about why he owns dogecoin, Musk explained that the doge community is "irreverent."

"Doge community has great memes and loves dogs. I love memes and dogs. It doesn't take itself too seriously," he said. "The most ironic and entertaining outcome would be that the cryptocurrency that was started as a joke to make fun of cryptocurrencies ends up being the leading cryptocurrency."

Elon Musk on #doge: "Doge community has great memes and loves dogs. I love memes and dogs. The most ironic and entertaining outlook is the crypto that’s started as a joke ends up being the leading cryptocurrency" #bword #BWordEvent pic.twitter.com/GKs8P4HHNU

Musk was also asked about Tesla resuming its acceptance of bitcoin as payment after it was suspended due to environmental concerns back in May.

Tesla CEO replied that the company would "most likely" resume that practice.

"Looks like bitcoin is shifting towards renewables. I'd want to do a bit more due diligence to confirm that the percentage of renewable energy usage is most likely at 50% or above, and there is a trend towards increasing that number," he said. "If so, Tesla would resume accepting bitcoin."

Elon Musk: Looks like #bitcoin is shifting towards renewables. Want to do a bit more due diligence but the most likely answer is that Tesla would resume accepting bitcoin. #BWordEvent #bword pic.twitter.com/09YZv3ECMb

Musk pointed out that renewable energy will be the cheapest form of energy in the long term, but achieving that would take time.

"As long as there is a conscious and determined and real effort by the mining community to move towards renewables, then obviously Tesla can support that," he said.

The B Word event was hosted by the Crypto Council for Innovation with an aim "to demystify and destigmatize mainstream narratives about Bitcoin."