(Reuters) - European stocks were on track to close the week higher on Friday, as optimism about the earnings season and the European Central Bank’s pledge of continued monetary support outweighed risks of a resurgence in COVID-19 cases.

Automakers were the top gainers in morning trade.

Mercedes-Benz maker Daimler gained 3.1% after Kepler Cheuvreux upgraded its stock to "buy", saying its growth is not properly reflected in the share price.

French car parts maker Valeo jumped 8% after it posted higher first-half sales and profit, and said it expected the shortage of key technology chips to ease.

Peers Faurecia and Continental AG all rose more than 4% each.

A bout of selling hit financial markets on Monday as investors grew nervous about the fast-spreading Delta variant of COVID-19 hampering a global economic recovery.

However, strong earnings reports and the ECB’s commitment keep interest rates at record lows for even longer helped push the benchmark STOXX 600 to less than half a percent below its all-time highs.

"For now, markets seem unconcerned about either with Delta or inflation, keeping the buy-everything music playing," Jeffrey Halley, senior market analyst at OANDA, wrote in a morning note. 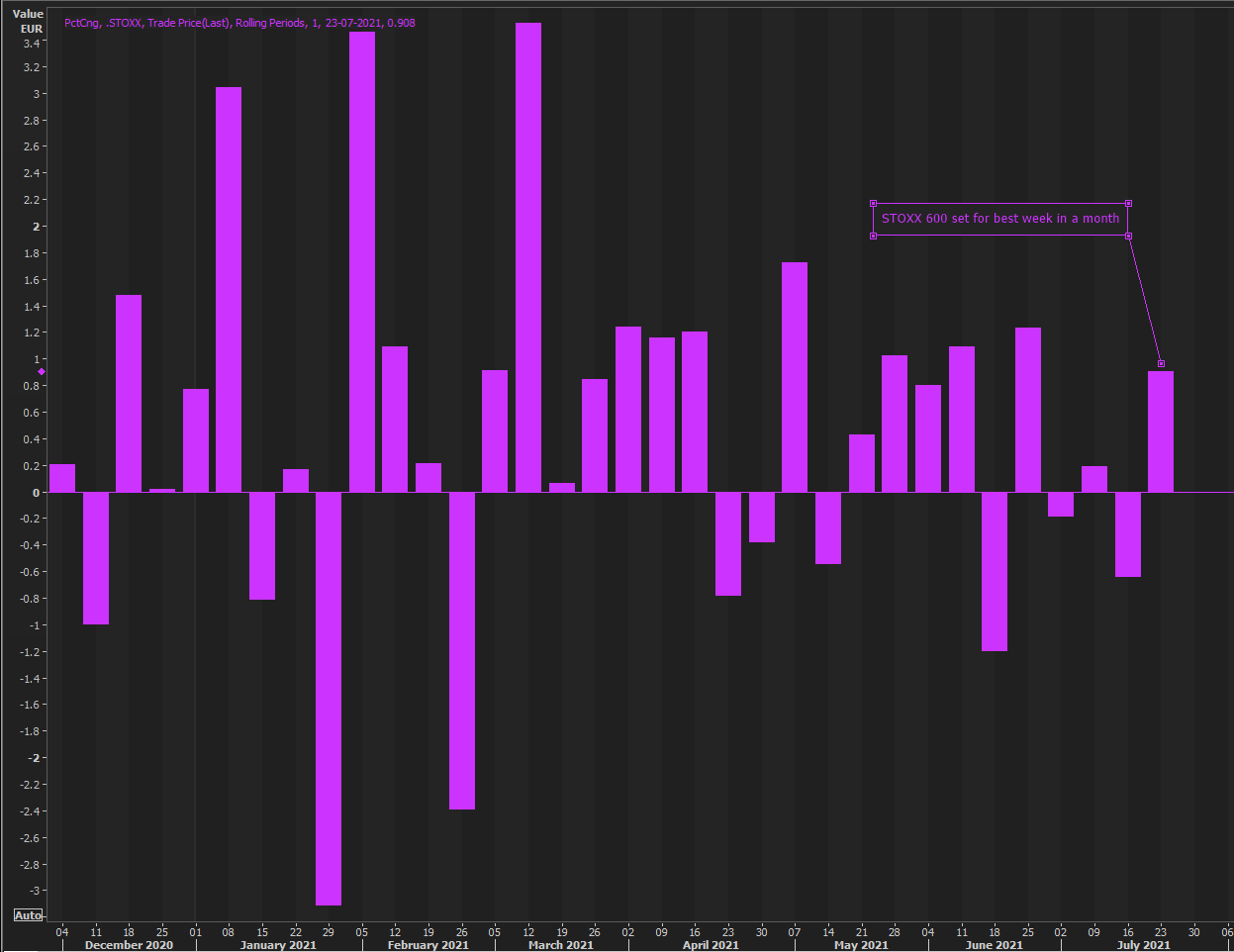 Rafale jets maker Dassault Aviation climbed 5.5% on reporting higher sales and profits in the first half of the year, while UK mobile operator Vodafone rose 2.3% after reporting a better-than-expected 3.3% rise in first-quarter service revenue.

Danske Bank slid 3.5% as it second-quarter return on equity declined to 6.5%, down from 7.5% in the first quarter and well below the level of its Nordic peers.

Reporting by Sruthi Shankar in Bengaluru; Editing by Vinay Dwivedi and Arun Koyyur