If crypto didn't exist, would there be as many ransomware attacks? 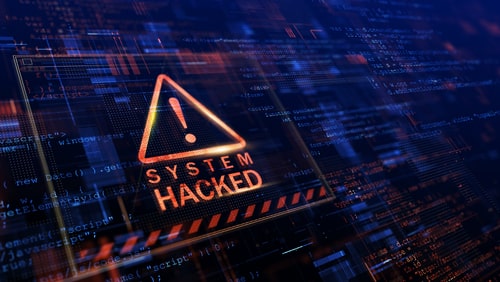 (Kitco News) U.S. lawmakers are connecting the rise of crypto to the increased number of ransomware attacks on American companies.

The connection between crypto and cyberattacks is undeniable, Richard Downing, deputy assistant Attorney General of Criminal Division at the U.S. Department of Justice, said during the U.S. Senate Committee on Judiciary hearing titled 'America under cyber siege: Preventing and responding to ransomware attacks.'

"I agree that cryptocurrency has unfortunately fueled this rise of crime. It has two key aspects to it. It's often anonymous and non-reversible. Once it passed to the criminals, it is very difficult to claw it back," he said on Tuesday.

Downing noted no current proposals to enhance the U.S. Department of Justice's authority to track cryptocurrencies, but it is under consideration.

"We definitely see this as an increasing problem and look to the laws that we already have on the books like the Bank Secrecy Act to enforce the rules and regulations that already apply to cryptocurrency changes and other actors in this space," he told the U.S. lawmakers on Tuesday.

One of the questions that worried those in attendance was the theoretical scenario that if crypto didn't exist, would it be harder to carry out ransomware attacks and get paid for them.

To this, Jeremy Sheridan, assistant director of the Office of Investigations at the U.S. Secret Service, replied that it would be harder to facilitate the payment, but the ransomware attacks would still occur.

"It would just be through a different payment mechanism," he said. [If not crypto], they would utilize other payment structures — regular fiat currency, the traditional financing of crime that has occurred for all existence," Sheridan said.

On top of that, the crypto space makes it easier to follow the money when tracing these attacks.

"The interesting contradiction is that it makes it somewhat easier because there is a digital trail," Sheridan said. "There are privacy coins and anonymizing techniques such as chain-swapping, chain-hopping methodologies and various technological approaches that can add layers to that digital trail. In that sense, it makes it more difficult."

One thing that the U.S. Secret Service needs to work on is expanding its expertise and resources, he added. "It is possible to trace, but we do need to expand our resources related to that. We have a very strong, technically capable workforce of computer scientists, analysts, crypto tracers, but we need more. We need to get better equipped, better trained, and expand our presence domestically and internationally."

In his testimony, Sheridan highlighted that cryptocurrency exchanges have been effective in helping the authorities trace crypto movements.

"To be utilized within the mainstream economy – namely, to exchange them for most goods or services – cryptocurrencies must generally be converted into government-backed fiat currency, such as the U.S. dollar, European Euro, or Chinese Yuan. This conversion typically occurs through 'exchanges,' financial services which allow for the purchase and sale of digital assets with fiat currency," he said.

Other witnesses in attendance were Bryan Vorndran, assistant director of the cyber division at the FBI, and Eric Goldstein, executive assistant of director for cybersecurity at the CISA.

This idea of following cryptocurrencies was also brought up during testimony before the Senate Banking Committee on Tuesday, titled 'Cryptocurrencies: What are they good for?'

"The vast majority of transactions using cryptocurrencies are recorded transparently on open ledgers and these are available to law enforcement. Talking to law enforcement, they tell us how useful that evidence is," said Coin Center executive director Jerry Brito. "So why do criminals continue to use these networks. It's because bitcoin and things like it are good for payments. But they create a trail and with the help of onramps and offramps that are regulated and compliant can help law enforcement find and prosecute these criminals."