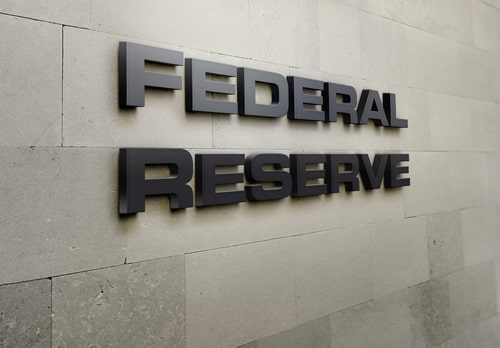 (Kitco News) Federal Reserve Chair Jerome Powell shed more light on the tapering timeline during his press conference on Wednesday, noting that the U.S. has not reached "substantial further progress" to start curbing the central bank's $120 billion a month in asset purchases.

Powell's comments followed the Fed's slightly hawkish monetary policy announcement. The central bank kept its key interest rate unchanged while highlighting that "the economy has made progress," stating that "the committee will continue to assess progress in coming meetings."

When asked to clarify the timeline and definition of "substantial further progress" needed to start reducing asset purchases, Powell pointed out that the U.S. is not at a point where the Fed could start to taper. "We see ourselves as having some ground to cover to get there."

"We are not at substantial further progress. This meeting was the first deep dive on timing, pace, and composition [of asset purchases], but no decision was made," Powell said. "We are making progress. And we expect that if things go well … and when we reach our goal, then we'll taper at that point."

Powell reiterated that the Fed would provide advance notice when making any changes to its asset purchasing program.

"Since the committee adopted its asset purchase guidance last December, we also reviewed some considerations around how our asset purchases might be adjusted, including their pace and composition once economic conditions warrant a change," he told reporters on Wednesday. "In the coming meetings, the committee will again assess the economy's progress toward our goals, and the timing of any change in the pace of our asset purchases will depend on the incoming data. As we've said, we will provide advanced notice before making any changes to our program."

Gold's first reaction was to drop below the $1,800 an ounce level. But once Powell began to speak, this drop was completely reversed, with spot gold climbing to daily highs of $1,808.20, up 0.53% on the day.

One thing Powell identified as a sign of substantial further progress was a much stronger labor market. "With maximum employment goal, I would want to see some strong job numbers," he said.

"Most of the time, when you have high inflation, you have full employment. Right now, we have high inflation but not maximum employment. [But] this is a strong labor market. Shouldn't take that long to get there," he explained. "Inflation is running well above our 2% objective. It has been for a few months and will be in coming months before coming down to our target."

In the near term, Powell sees inflation risk as tilted to the upside. In the medium term, the Fed chair projects price pressures to move back down. "We won't have an extended period of high inflation. In any case, we'll use our tools to make sure that we have inflation that averages 2% over time," he said.

Powell also clarified what the Fed means by "transitory" when referring to this year's inflation pressures.

"Transitory is something that doesn't leave a permanent mark on the inflation process. It doesn't mean producers will take these price increases back," he said. "There will be inflation, but that the process of inflation will stop."