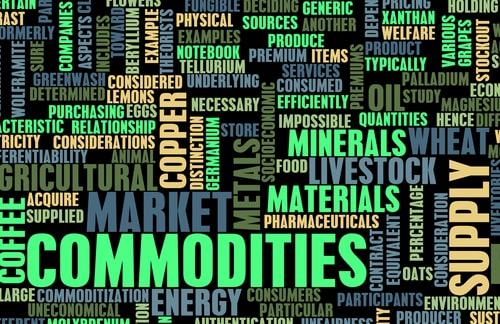 (Kitco News) Many of the commodity rallies that dominated the first half of the year have fizzled out, according to Capital Economics, which is calling for some broad-based declines in the space.

"Following a strong start to the year, the rallies across almost all commodity prices have taken a pause lately," Capital Economics said in a report on Thursday.

One exception has been oil, but even that will see its price depreciation later in the year, the report added.

"Having already exceeded pre-pandemic levels, we think oil prices will start to fall back towards the end of the year as supply, particularly from OPEC+, picks up and demand growth softens," the firm's commodities economists said.

Brent crude is projected to drop back to $60-70 per barrel next year.

"We think that Q3 will be as good as it gets for the oil price … Oil demand growth is set to slow as any boost associated with the lifting of virus-related restrictions begins to fade. Taken together, this should mean that the oil market flips into a surplus early next year," the report noted.

Capital Economics is especially bearish on industrial metals, citing slower growth in China as the biggest downward driver for prices.

"Signs of slower economic growth in China's PMI data have started to weigh on the prices of industrial metals, while our in-house demand proxy suggests that copper demand growth has already peaked," economists said. "And we think that further falls are in store for industrial metals prices."

"We continue to expect a rise in long-dated U.S. Treasury yields over the next couple of years, which should push up real yields and, in turn, weigh on the price of gold," the report pointed out.

For the U.S., Capital Economics forecasts inflation to be higher for longer but does not foresee any rate hikes until 2023.

Agricultural commodity prices are also said to come under pressure in the next couple of years.

"We think that the primary driver of lower agricultural prices will be a large boost to supply, as currently high prices are leading to increased planting (which should result in larger harvests). What's more, China's imports of agricultural feedstuffs, notably soybeans and corn, are likely to tail off due to a stabilization in the size of the hog herd and the ongoing push by the Chinese government to reduce import dependency," the report said.