Can gold tackle $1,850 next week? The Fed is focused on employment data and so should you – analysts 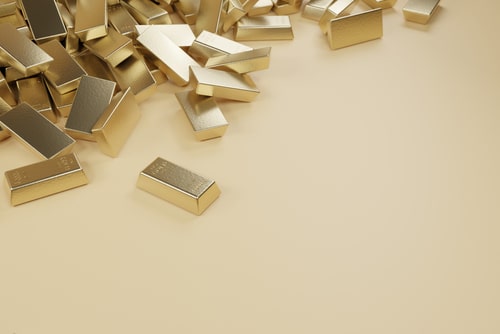 (Kitco News) The outlook on gold improved after the slightly dovish Federal Reserve Chair Jerome Powell's comments this week. But can the precious metal sustain this momentum following a double-digit drop on Friday?

The Fed's announcement this week was quickly interpreted as dovish once Powell told reporters that the U.S. has not reached "substantial further progress" to pursue tapering.

"I've been really focused on some of the market reactions when it comes to gold. Real yields continue to push deeper into negative territory, and gold was waiting to see what will come from the Fed. The biggest risk for gold was sooner-than-expected tapering of asset purchases," OANDA senior market analyst Edward Moya told Kitco News. "But the FOMC decision, for the most part, solidified the view that the Fed is still probably far away from reaching that 'substantial progress' from the perspective of the labor market recovery."

This change in outlook cements the view that interest rates will stay lower for a lot longer, and that is good for gold, Moya pointed out.

Powell also acknowledged the Delta variant, which presents an increasing risk to the economic growth in the second half of the year.

"Right now, there is no timeline on when the Fed is going to taper. The central bank did acknowledge that the Delta variant could be a problem. This led to record low real interest rates, which is the primary factor driving gold here, along with the decline in the U.S. dollar," said TD Securities head of global strategy Bart Melek.

"We don't think the Fed is going to pull the monetary punchball away from the market quite just yet," Melek said. "For gold to rally further, however, the market needs some sort of conviction that the Fed is ready to sacrifice its price stability target in favor of full employment. And that is kind of what they said this week."

Analysts are not ruling out a further pullback in gold. On Friday afternoon, gold saw some significant profit-taking as the U.S. dollar rose. The December Comex gold futures tumbled 1% on the day and last traded at $1,816.90 an ounce.

However, if gold could turn this drop around next week, the precious metal might be in store for $1,850 or even $1,870 an ounce level.

"We've hit the 50-day moving average. The next level is $1,852. We might get there if some of the macro data next week are not particularly good," Melek said.

Longer-term, Moya sees the potential for gold to make a run at the $1,900 an ounce level over the next few months. "Gold has survived a tremendous amount of bearish sentiment and now has started to technically overcome some key levels. It is now poised to reassert that longer-term bullish trend," he said.

It's all about employment

Next week's event that is most likely to push gold one way or the other will be Friday's U.S. nonfarm payrolls report from July.

The consensus forecast is calling for 900,000 jobs to have been added and the unemployment rate to have dropped to 5.7%.

If the U.S. saw more than one million positions added in July, that would be disruptive for gold, Moya added.

On the other hand, any disappointment on the employment front could easily move gold to $1,852, Melek noted.

Another key report to watch is the jobless claims number, which needs to get to the pre-pandemic levels before the Fed can start tapering, analysts said.

Nervousness is also coming back to the stock market, which could push more investors into gold as a hedge, Moya added.

"We are passing peak earnings and peak monetary policy support. And that is proving to be a concern for the stock market. Gold will start to benefit from safe-haven flows once the stock market sells off. More investors are likely to start choosing gold over the U.S. Treasuries. The Treasury yields are just too low," he said.