August could be a 'terrific' month for gold, says Jim Cramer 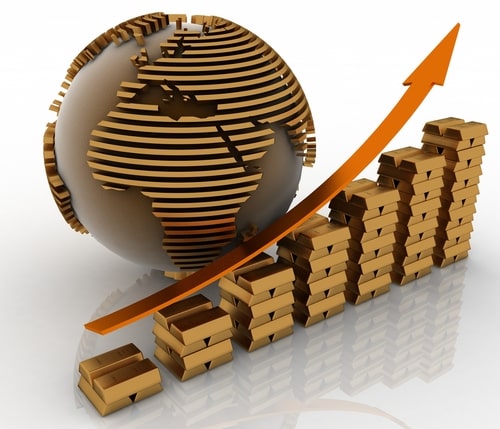 (Kitco News) The last month of the summer is looking "terrific" for gold and "tough" for the S&P 500, said CNBC's Jim Cramer.

"The charts, as interpreted by the legendary Larry Williams, suggest that August could be a tough month for the S&P 500, but a terrific month for gold," Cramer said Monday. "Given the big picture backdrop right now, that wouldn't surprise me one bit."

And it is the seasonality which makes all the difference, the 'Mad Money' host explained.

"Williams is long gold for precisely the same reason he's worried about the S&P: The seasonal pattern," Cramer said.

The technical setup is also working in gold's favor, especially when looking at the Commodity Futures Trading Commission (CFTC) data that show commercial hedgers stepping up their gold buying. Cramer added that this increased activity usually leads to "a nice rally."

On top of that, gold is currently undervalued in comparison to Treasury bonds. "Not only does the precious metal have a powerful seasonal trend on its side ... but it's extremely undervalued versus the bonds," Cramer said, citing Williams' analysis.

For the S&P 500, the situation looks very different from both the seasonality and the technical perspectives.

"Just since the beginning of the summer, [Williams] can point to three moments when the S&P rallied to higher highs, but the Advance/Decline line failed to make a higher reading, meaning the market went up on not-so-hot breadth," Cramer said. "For Williams, that suggests lots of big money managers must be selling many of their positions. He says he's seen this pattern before, and it's not healthy. Normally when stocks rally, the Advance/Decline line should be making new highs. But that's not happening, and it means this move could have feet of clay."

Also, the on-balance volume, which is the momentum indicator, is flashing bearish signals, Cramer said as he once again pointed to Williams' research.

"The S&P makes new highs, but the On Balance Volume stays flat. That's another negative. Remember, for technicians, volume is like a lie detector. When it's weak, that means a move is deceptive. One more reason Williams is worried about the rest of this seasonally challenging month," Cramer said.

Cramer's comments come as the gold market is suffering from a lack of conviction while traders wait for the key macro data of the week — the July nonfarm payrolls, scheduled to be released on Friday in the U.S.