How big is the Delta variant risk? Here's how gold price reacts 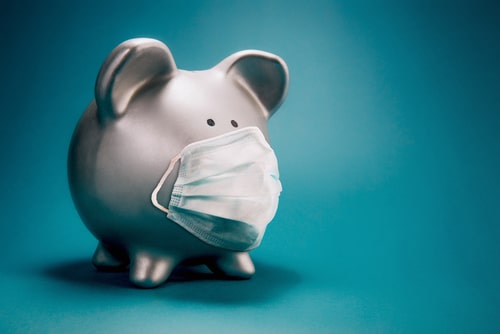 (Kitco News) The risk of the Delta variant is starting to dominate the headlines, with some analysts raising concern about the surge of COVID-19 cases, potential shutdowns, and slower economic growth in the second quarter of the year. But what will it mean for gold?

The highly contagious strain of the COVID-19 virus is starting to worry the markets, especially after the Infectious Diseases Society of America said Tuesday that the spread of the Delta variant had upped the herd immunity threshold close to 90% from the previous estimates of about 60%.

These new projections could be problematic for the U.S., which only has about 50% of the population fully vaccinated, according to the CDC.

The global Delta risk is growing by the minute, but now the focus shifts to the U.S.

"The U.S.—and thus financial markets—now cares as rates are spiking and it's receiving ongoing (U.S.) media coverage," said MKS PAMP Group head of metals strategy Nicky Shiels. "There's increasing more data of breakthrough cases where vaccinated people are getting infected (including key politicians). [And] lockdowns, masks and mandates are being brought back into the conversation."

Despite the risk, this is more likely to trigger more money printing and a more accommodative Federal Reserve than lead to extreme lockdowns.

"Like with any new exogenous macro shock, there's diminishing returns to every successive event. COVID-19 is no different, and with each 2nd/3rd/4th wave and/or variant, financial markets are adapting," Shiels said on Wednesday. "The Delta variant is simply a green light to inject more liquidity … The ongoing spread will likely reduce the temptation for the Fed (and G-10) CBs to reduce their support."

For gold, this is good news, especially because more cases could translate into slower U.S. economic growth in the second half of the year.

"The excitement/risk-on exuberance behind the massive vaccine rollout globally is being walked back, which ultimately could be a positive catalyst for gold. Not because of fear (risk markets are largely over & immune to the various waves & variants), but because of the post-Delta liquidity implications & expectations and potential policy missteps concentrating a bigger gov.," Shiels said. "Recall, gold's vaccine 'discount' is ~$150; it was never able to regain its peaks following the rollout, announced around the Biden inauguration."

In the meantime, gold is stuck around the $1,800 an ounce level. But many analysts are waiting for a significant move one way or the other, depending on the strength of the upcoming U.S. macro data (especially the nonfarm payrolls report on Friday).

"The big miss with the ADP raised concerns that the Delta variant is having a bigger impact on the economy. Private companies only added 330,000 jobs in July, a huge miss of the 683,000 estimate and downwardly revised prior reading of 680,000. It is peak summer vacation time and leisure and hospitality only saw 139,000 jobs gained," Moya said. "The labor market recovery is extremely uneven and suggests the economy continues to struggle in matching individuals up with the current job vacancies."

"Fears of a spreading Delta variant across the globe are driving fears of stagflation, with the infections potentially denting growth without wiping out supply-side inflationary forces," the strategist said.

Going forward, markets will have to digest a lot more negative headlines regarding the Delta variant, Shiels added.

"U.S. news cycle is expected to turn more negative as the case peak is ~1month behind the U.K.'s. That is badly timed with when labor shortages should be alleviated (as workers return to jobs as UE benefits end) and most city workers return to the office once schools return. Wages may need to reprice much higher to entice in sidelined workers (Delta is just another excuse to remain at home) - another inflationary tailwind," she said.

Globally, coronavirus cases have just surpassed 200 million, according to Reuters, with the Delta variant leading the latest spike.