Ray Dalio opts for gold versus bitcoin: 'If you put a gun to my head and said I can only have one, I would choose gold' 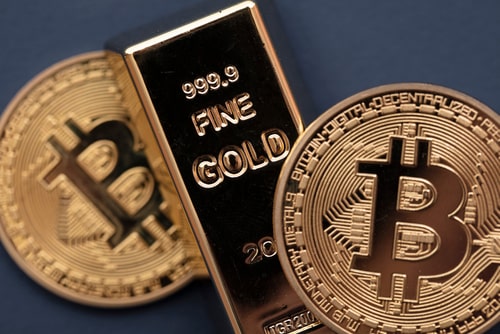 (Kitco News) Even though Bridgewater Associates founder Ray Dalio owns some bitcoin and views it as digital gold, he'd prefer the real yellow metal if forced to choose between the two.

"If you put a gun to my head, and you said, 'I can only have one,' I would choose gold," billionaire hedge-fund manager Dalio told CNBC.

To the surprise of many, Dalio revealed that he owns some bitcoin back in May, stating that he prefers to own bitcoin over bonds. "I have some Bitcoin. Personally, I'd rather have bitcoin than a bond," he told CoinDesk during its 2021 Consensus conference. Dalio did not specify how much he owns.

Dalio is known as a gold bull who questioned the crypto space in the past.

This time around, Dalio got slightly more specific when talking about his bitcoin position, telling CNBC that: "I own a very small amount of bitcoin. I'm not a big owner."

"There are certain assets that you want to own to diversify the portfolio, and bitcoin is something like a digital gold," he added.

Back in 2019, Dalio praised gold as a risk-reducing and return-enhancing asset. In 2020, Bridgewater Associates invested more than $400 million into the precious metal during the second quarter.

This is why it is not surprising that Dalio would opt for gold if forced to choose, citing the precious metal's reputation as a "storehold of wealth."

One thing that worries Dalio about bitcoin is its own success. Meaning that if the cryptocurrency garners too much attention, governments could start to feel threatened and resort to crackdowns on crypto.

Bitcoin is not the only asset Dalio fears could be outlawed. Back in March, Dalio argued that due to so much debt in the U.S., financial markets are entering a new paradigm, where investors could see "shocking" tax changes that might involve prohibitions against capital movements to assets like gold, bitcoin, and other tax jurisdictions.

Tax changes will play a massive role in dealing with the debt problem going forward, he explained in a detailed LinkedIn post. And more importantly, there might be restrictions in terms of where investors could move their capital.

"Policymakers who are short of money will raise taxes and won't like these capital movements out of debt assets and into other storehold of wealth assets and other tax domains so they could very well impose prohibitions against capital movements to other assets (e.g., gold, Bitcoin, etc.) and other locations. These tax changes could be more shocking than expected," the founder of the world's biggest hedge fund said.