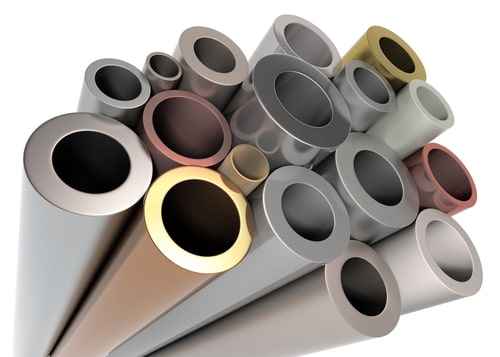 (Kitco News) The highly anticipated U.S. infrastructure plan will boost demand for metals but is unlikely to "supercharge the commodity cycle," said Australia and New Zealand Banking Group (ANZ) in a report.

"The U.S. infrastructure plan should, on the face of it, accelerate the country's economic recovery. It is likely to boost demand for metals but probably won't supercharge the commodity cycle in the way many have hoped," said ANZ commodity strategists Daniel Hynes and Soni Kumari.

The report examined the impact of the $1 trillion U.S infrastructure bill, which seems to be inching closer to finally being passed. The bill is the top priority for U.S. President Joe Biden, and its prospects are looking quite promising with the weekend progress at the Senate.

ANZ estimated that around $500 billion would be spent on roads, bridges, and highways. The report noted that this would boost steel demand to 120 million metric tons compared to 105 million tons in 2019.

"Construction has traditionally been the biggest contributor to demand for most metals. Therefore, this spending package should boost demand for copper and zinc, in particular," it said. "The real kicker will be the $7.5 billion investment in electronic vehicle (EV) infrastructure. Overall we see growth in copper demand hitting double digits over the next year or two."

It is far from certain what the final infrastructure bill will include when it is finally passed. This is why ANZ outlined four possibilities:

Since a large part of the spending bill is geared towards education and training, ANZ forecasts that only 55% of the package will be used in the construction of bridges, ports, public transit systems, or airports. This means a lower impact on commodities overall.

"Infrastructure's boost to steel demand will be limited. Investments in building infrastructure like roads, bridges and highways are critical to any country's economic performance. Republicans and Democrats are likely to approve funding for this category. Many U.S. roads and bridges were built decades ago and are now developing safety issues. Some bridges are structurally deficient, and antiquated drinking water and water systems are jeopardizing public health," Hynes and Kumari said. "The level of investment going into infrastructure is likely to have only a minor impact on steel demand."

ANZ added that 10%, which is about $213 billion, is allocated to constructing and modernizing affordable homes. And out of that, about $40 billion will be set aside for repairs and upgrades to public housing.

"However, a large share of affordable housing is wood or concrete framed, limited amounts of steel are used in these houses. Wiring and cabling would increase the demand for copper, while total demand would not see a significant annual increase. Building and construction use 22%–23% of U.S. copper demand, which is nearly 800kt of copper," the report specified. "Construction of two million houses would generate nearly 320kt of copper demand over eight years, 40kt per year in a very optimistic scenario."

"There were high hopes around demand for metals from new sectors under President Biden's initial stimulus package. Out of $621 billion earmarked for transportation, the EV sector was expected to receive $174 billion of investment. However, the latest bipartisan agreement includes only a modest investment of $7.5 billion for vehicle charging stations, plus another $2.5 billion for electric buses," according to the report. "This would require nearly 2mt of copper over the next 10 years, equivalent to 200kt a year. This would add 10% to U.S. copper demand of 1,900kt, or 1% to global demand. Aluminum and nickel also benefit from sales of EVs."

Overall, the impact of the U.S. infrastructure spending on international commodity markets will be "significant."

"U.S. steel imports made up about 20% of total demand in 2019. However, U.S. steel producers have been reluctant to increase capacity over the past year. Instead, they seem keen to benefit from the higher premiums and stronger prices after a prolonged period of weakness. This could stimulate demand for imports. We also see the base metals markets benefiting. The U.S. relies even more on raw material imports than on steel. With underlying demand expected to be well above trend over the next few years, this should support prices," ANZ said.