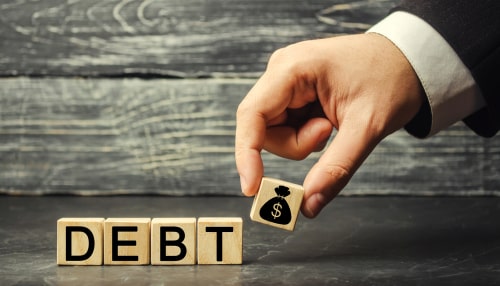 (Kitco News) U.S. Treasury Secretary Janet Yellen once again called on Congress to raise or suspend the nation's debt ceiling on a "bipartisan basis." The statement comes as tensions between Democrats and Republicans escalate.

Yellen explained that raising or suspending the debt ceiling does not increase government spending and does not authorize any additional spending.

"It simply allows Treasury to pay for previously enacted expenditures," Yellen said on Monday. "Failure to meet those obligations would cause irreparable harm to the U.S. economy and the livelihoods of all Americans."

"During the last administration, Democrats and Republicans came together to do their duty three times," she said. "Congress should do so again now by increasing or suspending the debt limit on a bipartisan basis. The vast majority of the debt subject to the debt limit was accrued prior to the Administration taking office. This is a shared responsibility, and I urge Congress to come together on a bipartisan basis as it has in the past to protect the full faith and credit of the United States."

The debt limit is the maximum amount of debt that the U.S. Treasury Department is allowed to issue.

The Treasury Secretary's comments come after the Democrats decided not to address the debt ceiling issue in their budget plan, which means lawmakers will need to find another avenue to bring this up.

Congress suspended the U.S. borrowing limit back in 2019. And that suspension expired on July 31.

Earlier, Yellen warned lawmakers that the Treasury could exhaust its special measures "soon after Congress returns from recess" in September. The U.S. public debt is at $28.4 trillion.

The gold price did not react to Yellen's comments on Monday. The precious metal market was still busy dealing with the flash crash it saw Sunday evening when Asian markets opened. At the time of writing, December Comex gold futures were trading at $1,740.10, down 1.3% on the day.

"The metals are still feeling the reverberations of last Friday's surprisingly strong U.S. jobs report that pushed the U.S. stock indexes to or near their record highs, rallied the U.S. dollar index, pushed the U.S. Treasury yields up (prices down)—all bearish elements for the metals," Kitco's senior analyst Jim Wyckoff said. "Gold and silver did quickly recover from their "flash crash" overnight lows and are trading near session highs, but still down on the day."

The stronger-than-expected job numbers are fueling speculation that the Federal Reserve will start talking tapering soon.