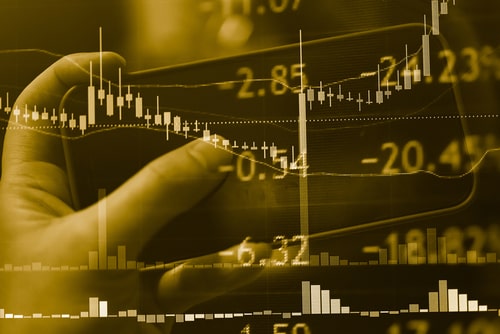 (Kitco News) Gold price could continue to struggle under the weight of its worst enemy – the U.S. dollar – until an official taper announcement is made by the Federal Reserve, according to analysts.

After losing nearly $100 in August, gold will need some time to stabilize and find its new support levels.

"The technicals look awful for gold, but if prices could stabilize between $1,700 and $1,750, that might allow some longer-term investors to scale back in," said OANDA senior market analyst Edward Moya. "Gold's worst enemy is a stronger dollar, and that might remain the theme until the Fed makes the formal taper announcement. Traditionally when the taper starts, it should be bullish for Treasuries and thus supportive for gold."

In the short term, there are a lot of obstacles for gold to overcome, including more Fed speak, with markets paying extra attention to any more tapering hints. This might put a cap on any rebound rallies, said Commerzbank analyst Daniel Briesemann.

"Gold is likely to face further headwinds in the short term: more representatives of the U.S. Federal Reserve have now spoken out in favor of 'tapering' in the near future," Briesemann said. In the current market environment, we believe that gold will have a hard time recouping its losses anytime soon."

Federal Reserve Bank of Atlanta President Raphael Bostic already stated Monday that the Fed could begin to scale back asset purchases as soon as the final quarter of 2021 amid strong job gains.

"According to the news agency Bloomberg, more than 3,000 futures contracts worth over $500 million were traded within the space of one minute – too much for the market, which is usually characterized by a low level of liquidity for that time of the day," Briesemann explained.

However, the overall trigger for the move down was a stronger-than-expected jobs report, which was released on Friday.

The precious metal is in need of some resilience if it wants to stop the selloff at around the $1,700 an ounce level, said MKS PAMP GROUP head of metals strategy Nicky Shiels.

"We initially thought we would not encounter a repeat of the 2013 taper tantrum where gold plummeted $300 in days, but given the disappointment around its inability to rally on real rates, it likely needed a washout of sentiment/hope and some positioning," Shiels noted on Monday. "This post-NFP [nonfarm payrolls] move looks and feels eerily similar to the April 2013 repricing. We still believe a repeat of 2013 is unlikely to that extent, but conviction is waning as gold is now technically toast and requires some resilience to stave off some key levels."

All eyes are now on more incoming data, including the latest inflation numbers out of the U.S., scheduled to be released on Wednesday. Gold investors are also closely monitoring the development around the delta COVID-19 variant.

In the meantime, the dollar will continue to be the dominant driver for gold. At the time of writing, the U.S. dollar index was trading around 93.

"The next few days could see increased volatility thanks to the numerous speeches from Federal Reserve officials and the widely anticipated U.S. inflation report," Otunuga warned. "Further signs of rising inflationary pressures could instill dollar bulls with a renewed sense of confidence as expectations intensify over the Federal Reserve shifting its policy outlook. On the flip side, if inflation cools, this may reduce some pressure on the Fed to act, potentially sending the dollar lower."