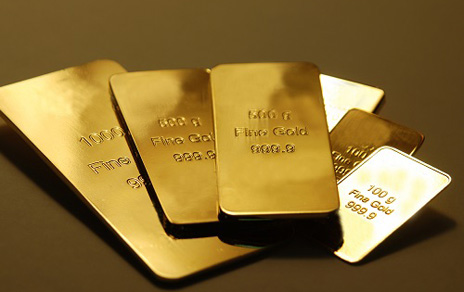 (Kitco News) - U.S. inflation pressures topping out in July, relieving some pressure on the Federal Reserve to tighten monetary policy by reducing its bond purchasing program sooner rather than later.

The modest shift in monetary policy expectations after U.S. CPI saw an annual rise of 5.4% in July is helping to support gold prices; however, some analysts warn that the market still has a lot of ground to make up to undo the damage from Sunday's flash crash.

Ipek Ozkardeskaya, senior analyst at Swissquote, said that the sun could be setting on higher gold prices following the inline inflation data.

"Gold missed its chance to shine over the past months. What would've made gold prices shine was soaring inflation expectations and falling U.S. yields. But investors preferred piling into the stock markets and to the cryptocurrencies, leaving gold behind the global risk rally. Now that the U.S. yields are preparing to rebound, and inflation expected to soften, gold will likely lose its major bullish pillars, and dive deeper," she said in a report Wednesday.

Ozkardeskaya added that the one thing that could drive gold prices higher is a correction in equity markets. Following the latest inflation data, the S&P 500 rose to a new intra-day record high. The broad equity market index last traded at 4,440 points, roughly unchanged on the day.

"One thing that could save gold from falling more is an eventual equity selloff, a moody market, less risk appetite and the urge to liquidate the long equity positions with the fear of seeing a global market plunge triggered by either the delta contagion crisis or the tighter Fed expectations, or a combination of both," she said.

Other analysts have noted that it will be difficult for gold prices to rally as it competes against historic bullish momentum in equity markets.

In a comment on Twitter, John Reade, chief gold strategist at the World Gold Council, said he is also watching the $1,760 level. In a recent interview with Kitco News, he also highlighted gold's struggle against record equity valuations.

"Why do you need the diversity that gold offers when risk assets are at all-time highs pretty much every day," he said.

However, Reade added that gold's long-term fundamentals remain in place as the Federal Reserve will be limited to how much it can tighten its monetary policies going forward.

"The last tightening cycle stopped very soon after it started and was reversed because the global economy couldn't handle higher interest rates," he said.

Meanwhile, some see a new fundamental shift in the gold market as Sunday's washout came after the precious metal was unable to push above its 200-day moving average on multiple tries.

Commodity analysts at Standard Charter said in a recent report there is a risk that gold retests its yearly low as prices remain above $1,790 an ounce. They added that significant support to watch is between $1,682 an ounce and $1,671, representing the 38.2% retracement level from the lows seen in 2015 to the record highs last year.

"Below $1682/71 would mark a significant-top to mark an important change of trend lower," the analysts said in the report.