Gold price jumps above $1,750 as Bloomberg Intelligence says gold's selloff is a dip in a bull market 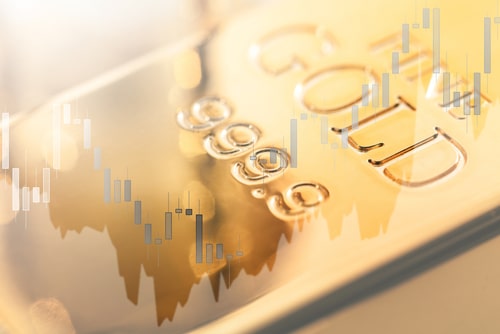 (Kitco News) The sudden drop in gold this week, which saw prices tumble from $1,820 an ounce to below $1,700 an ounce, is just a dip in a bullish trend, according to Bloomberg Intelligence.

"Gold backing up to its upward-sloping 24-month moving average in what we see as a dip in a bull market," said Bloomberg Intelligence senior commodity strategist Mike McGlone. "When the distortions of 2020-21 subside, a resumption of pre-pandemic trends is likely, which favors gold's upward course vs. crude's descent."

Gold's enduring gold market is far from over, especially in light of the continued quantitative easing and the current debt-to-GDP ratio.

"It's the near-certainty of rising U.S. debt-to-GDP and increasing dependence on quantitative easing that keeps our gold-price bias bullish, notably on the back of a good discount from the 2020 peak," McGlone noted.

Gold is already on its way to a substantial recovery, with December Comex gold futures last trading at $1,754.30, up 1.31% on the day.

One of the drivers that could take gold back to record highs of above $2,000 an ounce, which were last seen about a year ago, is a drop in the stock market, McGlone pointed out.

"A potential catalyst for gold to breach $2,000-an-ounce resistance is a bit of reversion in the stock market and continued decline in U.S. Treasury bond yields from the March peak," he said. "We see gold more likely to approach $2,000 resistance than sustain below $1,700 support in 2H. Like bonds, the metal may provide a hedge vs. a rise in stock-market volatility."

Also, McGlone sees gold outperforming commodities like crude oil. "Gold has firm underpinnings from its limited supply and its status as a store-of-value diversifier in the race to debase among fiat currencies. Juxtaposed is the world's most significant commodity -- oil -- facing declining demand vs. rising supply as technology advances and demographics shift," he said.

However, gold bulls can't forget about the increased competition from bitcoin, which is back above $46,000 this week and is on its way to $50,000, McGlone added.