Why gold's $300 drop from record highs shouldn't spook you, Wells Fargo weighs in 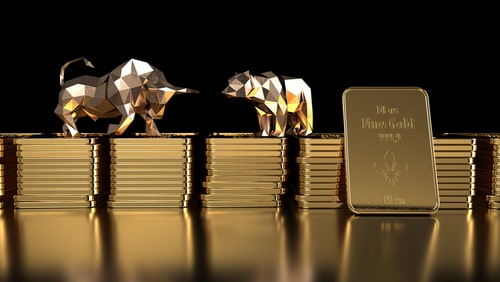 (Kitco News) Gold seems to be in a rough patch, down 12% since last August when the precious metal hit new record highs of above $2,050 an ounce. But Wells Fargo said it is not spooked by this underperformance and here's why.

"Gold has had a rough 12 months, at least on a relative basis. The average commodity (using the Bloomberg Commodity Index) is up 34% since August 2020, while the gold spot price is down 12%. Does this spook us? No, not really," said Wells Fargo's head of real asset strategy John LaForge.

Commodity bull cycles are known for their "rotating leadership," meaning that a bullish trend in one commodity can be replaced by a more powerful bullish trend in another commodity within that one cycle. This is exactly what happened, LaForge said in a report.

"The gold spot price was one of the best-performing assets during the first half of 2020. It has since taken a breather and conceded leadership to commodities like oil and copper," he wrote.

Gold is expected to resume its leadership position in the current bullish cycle, LaForge added. And the spark behind the renewed rally in gold will most likely be China.

And this is already starting to come to light, LaForge said.

"China's purchases over the past few months have been particularly interesting. This is shown in the chart below, where we track Chinese gold imports through Hong Kong. We do this because mainland China has been notorious for not releasing timely gold data," he said. 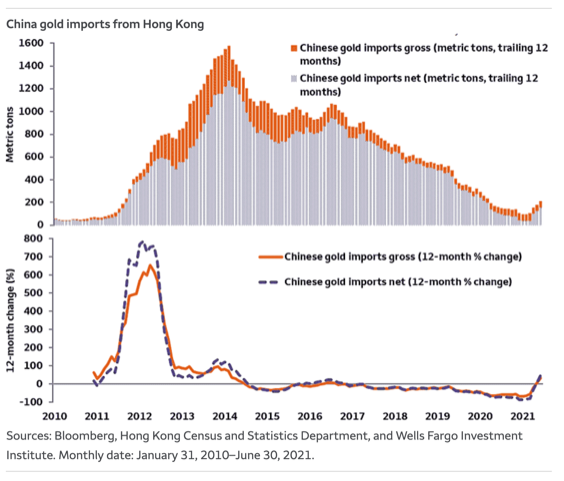 "Over the past three months, gold imports traveling from Hong Kong to mainland China have jumped from 38 metric tons a month to 154. While we've seen bigger numbers in the past, it's the reversing trend that catches our eye," LaForge stated.

These numbers are a big deal because they show Chinese gold purchases picking up for the first time in a decade.

Aside from China, which is the world's biggest gold consumer, several other macroeconomic drivers assure gold's rally back to record highs.

"Gold has much going for it, from negative real interest rates to quantitative easing to a new commodity bull super-cycle. All gold prices need, it seems, is a spark of interest, and we may be seeing it out of China," LaForge noted.