(Kitco News) - Fifty years ago this Sunday, the gold market was completely transformed in only a matter of minutes after then-president Richard Nixon decoupled the U.S. dollar from the precious metal. 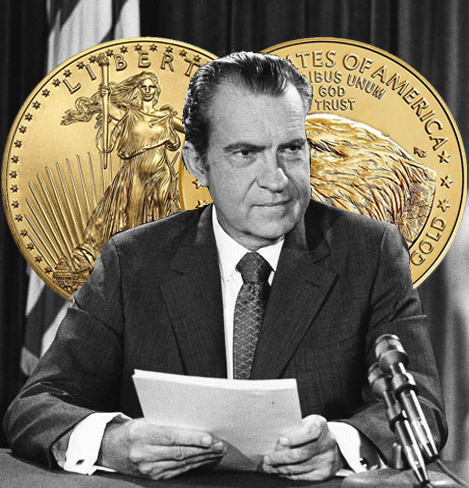 Although gold is no longer an official global currency, analysts note that with everything that has happened in the last 50-years the precious metal continues to play an important role in global financial markets and is still seen as a store of value among central banks, governments and investors.

In the last 50 years, the gold market has evolved from a physical market of bars, coins, and jewelry to a paper market with the creation of gold-backed exchange-traded products. As the investment landscape grows, companies are now developing digital gold products and fractional markets.

Analysts agree that while gold has lost some shine as a monetary metal, it still remains a relevant asset for investors. So how did gold go from a global currency to an investment asset?

Aug. 15, 1971, President Richard Nixon made a televised announcement, telling the American people and the world that the U.S. was moving off of the gold standard. Before Nixon's announcement, the 1944 Bretton Woods Agreement allowed central banks and foreign governments to redeem their U.S. dollar treasuries for gold.

While not an official gold standard, the Bretton Woods Agreement made the U.S. dollar the world's reserve currency, and gold was pegged to the U.S. dollar at $35 an ounce.

However, in the starting in the mid-1965, because of rising inflation, nations worldwide were quickly redeeming their U.S. dollars for gold. When the Bretton Woods agreement was signed, the U.S. controlled about two-thirds of the world's gold supply.

"The U.S. had 20,000 tones of gold, and it fell to 8,000 tonnes. The U.S. gold reserves were going down way too fast, so Nixon had to step in and do something," said George Milling-Stanley, chief gold strategist at State Street Global Advisors, in a recent interview with Kitco News.

"Because of major inflation, there was a discrepancy between the official price of gold and the free market price. Countries, especially in Western Europe, were perfectly happy to turn their dollar assets into gold," he added.

Milling-Stanley was a journalist working for the Financial Times in the 1970s and remembers covering Nixon's announcement. He added that the global redemptions were putting U.S. solvency at risk.

Although gold is no longer a reserve currency, Milling-Stanley noted gold provides the best low-risk returns than any other asset.

"In the last 50 years from 1971 to date on a compound annual growth rate basis, gold has given you a capital appreciation of close to 8% a year," he said. "Which is not too shabby for something that doesn't pay a coupon like a bond or doesn't pay a dividend like a stock."

In more recent history, Milling-Stanley said in the last 20 years, gold has seen its value increase seven-fold, solidifying its role as an essential global asset.

"Gold's historical promise is that it will enhance your returns and reduce your volatility. Gold improves your sharps ratio, and that has to be the goal of every asset allocation in the world," he said.

Thorsten Polleit, chief economist at Degussa, said that the Bretton Woods Agreement was destined to fail because it wasn't a proper gold standard. He added that the political will to maintain a pure gold standard ended after the First World War. Governments needed money to pay for the war efforts.

"The gold monetary system got in the way of government spending," he said. "Bretton Woods was only a half-hearted attempt to make a gold standard."

Don't hold your breath waiting for a new gold standard

As to whether the world will see a new gold standard, Milling-Stanley said that is unlikely. He added that even the question is irrelevant in today's economy. 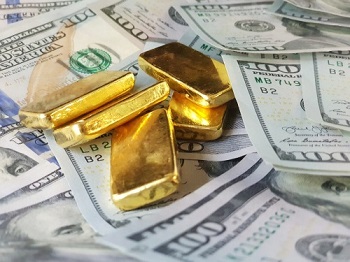 "There's not a government in the world that would be prepared to accept the kind of rigorous discipline that the gold standard implies," he said. "Governments have had 50 years where they have issued currencies at their own will, and that is not going to change anytime soon."

John Reade, chief gold strategist at the World Gold Council, said in a recent interview with Kitco News that he also doesn't expect the world to return to a new gold standard anytime soon.

He added that not only is there no political will to make gold a global currency, but it could upset the entire global economy. According to stats from the World Gold Council, on average, the world's annual gold supply increases by about 1.6%, which means that the money supply couldn't grow more than that.

According to data from the World Bank, the U.S. money supply grew more than 17% in 2020. The Federal Reserve and U.S. government have pumped trillions of dollars into the economy after being devastated by the COVID-19 pandemic.

Reade said it would be difficult for the global economy to grow with a restricted money supply from a gold standard.

"A gold standard would effectively put us in a permanently restrictive credit, deflationary environment. It would be a huge limitation," he said.

As to what it would take to change the current environment, Reade said that the world would have to see a complete lack of faith in all global currencies.

What does the gold market look like in the next 50 years?

Although it is unlikely the world will return to a gold standard anytime soon, Reade said gold will still play a critical role in financial markets. Although it is no longer a global currency, the World Gold Council expects gold will be a significant asset in central bank reserves for the foreseeable future.

"I don't know what the future will look like for the gold market in 50 years, but absolutely, I believe it will still be regarded as a valuable asset.

However, some economists are ready to give up on the idea of a gold standard just yet, even if there is currently no political will.

Polleit said that investors can't ignore gold's extensive history as a currency and store of value.

"For thousands of years, gold was used as a currency, and we are talking about only the last 50 years," he said. "I think it would be unwise to think that we can rely on unbacked paper currencies forever," he said.

Polleit said that although there is no political will for a new gold standard, he said that it would still work. He explained that growth and money supply would be tied more closely with business cycles. He added that deflationary periods would prompt gold producers to ramp up production. This would lead to an increase in money supply and inflation, which would naturally peak with the cycle starting all over again.

"A gold money system could be perfectly embedded in the free market forces. It is the perfect currency," he said. "We would have smaller governments. We would have a smaller taxation burden for people and businesses. And I hope you don't mind me saying that, but our standard of living would be higher."

Polleit added that he could also see fewer global conflicts under a gold standard because nations would be able to value their wealth and economic prosperity with the same measurements.

"I think the cold war would have been much shorter. The communist experiments would have ended much earlier because gold money would not have allowed them to decouple from the world," he said.

Although the chances of creating a new gold standard are extremely thin, Polleit said there is growing interest in making gold and silver monetary metals again. In the U.S., only nine states continue to maintain a sales tax on precious metal bullion.

In March, a bill was introduced at the Federal level proposing legislation to remove capital gains, losses, or any other type of federal income calculation on gold and silver bars and coins.

"There is a pretty big threshold, and we haven't reached that point where people are ready to give up on paper money, but the environment is slowing starting to change," he said. "As the technology grows, the easier it will be to use gold as money again. The time will come." 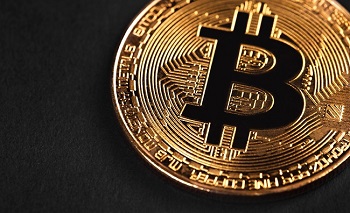 Gold has played a significant role in financial markets; however, in the last few years, it has started to be overshadowed by the growing and evolving cryptocurrencies and specifically bitcoin.

Many economists and markets analysts have compared the two assets and said that bitcoin is the new gold. However, for some, bitcoin is not ready to fill gold's role as a global currency.

Polleit noted that the most significant factor limiting bitcoin's role in global markets is the framework itself. The system is not robust enough to handle all the daily currency transactions.

"On the Bitcoin blockchain, you can make about 300,000 transactions per day globally, and it's running full capacity," he said. "In Germany alone, on a daily basis, you have 75 million transactions."

Gold, on the other hand, could utilize the global banking framework that is currently in place.

"People are getting blinded by this new technology in cryptocurrencies and are ignoring its actual capabilities," Polleit said.

John Reade also said that he doesn't see the global economy embracing a bitcoin standard. He also pointed out that the blockchain is not robust enough.

However, he also added that there is another fundamental reason bitcoin won't be the currency standard: it has no intrinsic value.

"If people lose faith in all currencies at that point, you might have to replace unbacked currencies with something that is backed by a store of value," he said.