Gold price pauses near $1,800, analysts warn of another selloff 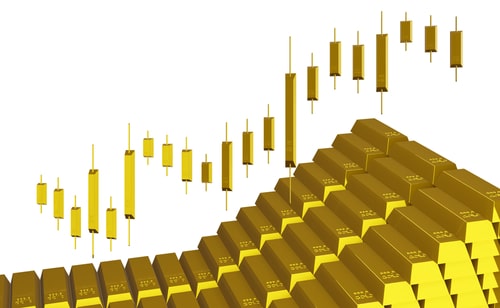 (Kitco News) After seeing double-digit gains Monday, the gold's price action paused just below $1,800 an ounce. And some analysts are now warning of another selloff if the $1,800 level proves to be too strong of a resistance point.

Following a flash crash early last week, gold has managed to recover well, with demand coming back amid some anxiety in the marketplace. At the time of writing, December Comex gold futures were trading at $1,789.60, up 0.64% on the day.

On top of everyone's mind is the geopolitical flare-up in Afghanistan after the Taliban has taken over the country following the recent U.S. military withdrawal.

Another area markets are keeping a close eye on is any new tapering signals from the Federal Reserve. The central bank Chair Jerome Powell is scheduled to speak on Tuesday, and the FOMC July meeting is set to be released on Wednesday.

What gold does next at the $1,800 level will not only be important from the technical perspective but will also determine its future price direction.

"Our model sees a fair value range for gold from $1,735 to $1,845, so at the current level, gold is somewhere near the middle of this range," said OCBC Bank's strategists. "The FOMC minutes are likely to determine gold's next near-term direction, where a hawkish report may send gold tumbling once more."

Another multinational investment bank is telling investors to get out of gold, projecting stronger economic growth and a higher U.S. dollar going into next year.

"The message must be: if you have a tactical position, get out; if you have a strategic position, hedge it," Dominic Schnider, head of commodities and Asia Pacific foreign exchange at UBS Global Wealth Management CIO Office, told Bloomberg. "In a world that looks better, why would you want to hold so much insurance asset, and that simply means the market needs to balance at the lower level."

UBS added that gold could drop towards $1,600 an ounce and silver towards $22 an ounce.

However, far from all analysts are these bearish on the yellow metal. For example, Goldman Sachs still expects to see gold reaching $2,000 an ounce by the end of the year as demand for the yellow metal recovers.

This week's focus is on macroeconomic data, especially the U.S retail sales, which will be released on Tuesday.

"If real rates are headed lower, which looks a risk given the set-up, then gold could squeeze into the former range low of $1,795, perhaps the pre-non-farms level of $1,800. I'd certainly be looking for rallies on the week to be capped above $1,800 and for levels to fade strength into here," said Pepperstone head of research Chris Weston. "Good retail sales data say +0.2% or above, may arrest some fears of a fall out from the consumer numbers and see bond yields higher, and with it promote a turn higher in the USD, and a move lower in gold."

Gold has a few supportive drivers out there at the moment, including the combination of a somewhat weaker U.S. dollar and lower yields, said Craig Erlam, senior market analyst at OANDA Europe.

"People had become overly bullish following a raft of good data and hawkish Fed commentary, so when the profit-taking came, it did so in an aggressive fashion. Naturally, the worst sentiment reading in almost a decade turbo-charged the move, which is why gold exploded back above the $1,740-$1,760 resistance zone and now finds itself flirting with $1,800 once more," Erlam said.

However, Erlam added that the current rally had not changed gold's fundamentals, and the yellow metal is unlikely to successfully breach the $1,800 an ounce level in the short term.

"Unless this is the first in a series of shocking economic numbers for the U.S., I don't think its fortunes have drastically improved. It will struggle to break $1,800, and the fact that it marks the 50% retracement of the early June highs to August lows won't help matters," he said on Monday.

Gold is also seeing additional price support come in from the growing central banks' gold demand, with Brazil and India the latest ones to step up their official gold purchases.

"Growing central bank purchases have provided an offsetting force against the speculative pressures that have been building in the yellow metal for some time. In turn, gold prices have recovered towards the $1,780/oz range that could catalyze additional short covering from trend followers," said commodity strategists at TD Securities.