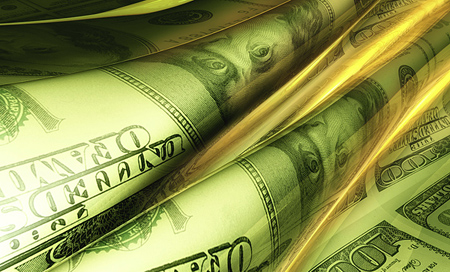 (Kitco News) - As expected, the latest data from the Commodity Futures Trading Commission shows a significant shift in the gold market following last week's flash crash with hedge funds and money managers liquidating their bullish bets and adding to the bearish positioning.

"Perhaps it would be more accurate to say that they have been fleeing in panic," said Daniel Briesemann, precious metals analyst at Commerzbank.

The CFTC disaggregated Commitments of Traders report for the week ending Aug. 10 showed money managers drop their speculative gross long positions in Comex gold futures by 21,028 contracts to 111,892. At the same time, short positions increased by 33,442 contracts to 76,489.

The latest trade data includes Sunday's night price action, where 24,000 gold futures valued at $4 billion were gold at the start of the Asian trading session.

"The strong employment data prompted markets to believe that the Fed is more likely than not to slowly start reducing monetary accommodation, starting with tapering its asset purchase program. The associated higher rates and more positive USD expectations convinced traders to robustly increase their short holdings as they bet on lower prices and cut long holdings amid the belief that any upside was unlikely," said commodity analysts at TD Securities. "As the delta-variant reduces economic growth expectations across the globe, it is likely that specs may well continue to short cover amid the recent price rebound."

According to some analysts, last week's bounce off its multi-month low has created a strong technical bullish chart after gold held a critical support level. Some analysts noted that the sharp reduction in gold's bullish positioning could have been a lot worse.

John Reade, chief gold strategist at the World Gold Council, said in a comment on Twitter that speculative positioning has been a lot more bearish in previous years.

The scale of the long liquidation seen last week,although large, is not remarkable compared to other liquidations seen over the past 15 years. pic.twitter.com/75Ly1CqHrs

It's not just gold that is suffering from a shift in speculative positioning. Sentiment among hedge funds has turned significantly bearish, according to the latest trade data.

The disaggregated report showed that money-managed speculative gross long positions in Comex silver futures fell by 4,247 contracts to 46,631. At the same time, short positions jumped by 9,423 contracts to 34,891.

Silver's net length stands at 11,740, down nearly 54% compared to the previous week. The silver price saw an almost $3 drop during the survey period as prices fell to a multi-month low at $22.28 an ounce.

Commerzbank noted that silver's net length is at its lowest point since May. However, they see the price action in both gold and silver as a positive development.

"This will no doubt have seen quite a few shaky hands dispelled from the market, in both gold and silver. We see this as a positive adjustment, as the price trends of the past few days confirm," said Briesemann.

While gold and silver took the biggest hit in commodities, hedge funds also increased their bearish positioning in copper.

Copper's net length fell to 31,102 contracts, falling 19.5% from the previous week. During the survey period, the copper price fell below initial support at $4.30 a pound.