Afghanistan's gold stash is out of the Taliban's reach 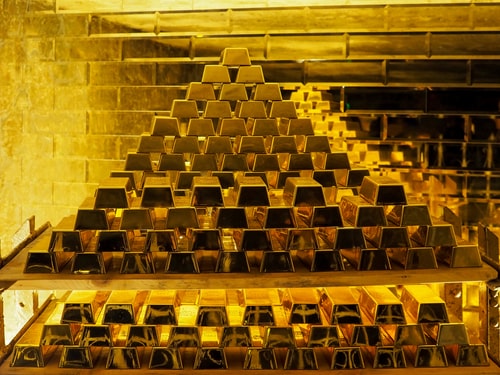 (Kitco News) Even though the Taliban's takeover of Afghanistan was rapid, it is not likely the militants will get their hands on the central bank's $10 billion in assets, including the $1.3 billion in gold reserves.

The reason is that most of the $10 billion worth of assets are stored outside of Afghanistan, according to one Afghan official.

"This thread is to clarify the location of DAB (Central Bank of Afghanistan) international reserves," Ahmady tweeted. "Please note that in no way were Afghanistan's international reserves ever compromised. Assets are all held at Fed, BIS, RAMP, or other bank accounts. Easily audited. We had a program with both IMF and Treasury that monitored assets. No money was stolen from any reserve account."

The country's central bank holds around $10 billion in assets overall, including $1.3 billion worth of gold reserves and $362 million worth of foreign cash reserves, according to the most recent data available online.

All the gold is being stored at the Federal Reserve Bank of New York (FRBNY), DAB's statement, dated the end of 2020, showed.

The central bank's assets will not be accessible to the Taliban, Ahmady added.

Therefore, we can say the accessible funds to the Taliban are perhaps 0.1-0.2% of Afghanistan’s total international reserves. Not much

Without Treasury approval, it is also unlikely that any donors would support the Taliban Government. https://t.co/UTrkms6i42

The intention of keeping the DAB's assets away from the Taliban was also confirmed by an official in U.S. President Joe Biden's administration, who told Reuters: "Any central bank assets the Afghan government have in the United States will not be made available to the Taliban."

The Taliban issued a statement over the weekend, saying that everything from the treasury to government officers is national property and "should be strictly guarded."

However, the Taliban most likely did get its hands on the DAB's foreign currency cash holdings worth around $362 million, which were being stored at the bank's head offices, branches, and the presidential palace.