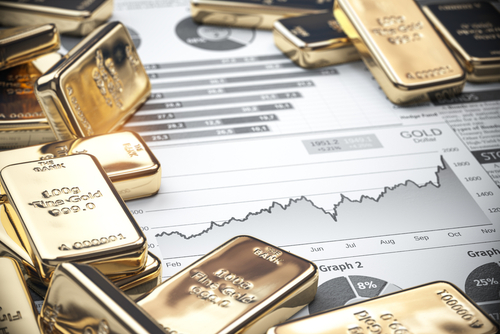 (Kitco News) The COVID-19 pandemic is forcing many companies to rethink their investment strategies. And as Palantir's cash pile grows, it has opted to buy gold.

Palantir Technologies Inc purchased $50.7 million worth of 100-ounce gold bars in August, according to the company's latest earnings statement.

"During August 2021, the Company purchased $50.7 million in 100-ounce gold bars," Palantir said in the earnings statement.

The data analytics software company also noted that customers could pay for its software in gold, Bloomberg reported.

The move into the precious metal was prompted by worries of another black swan event at a time when the company's cash pile is growing from its stock sales. "You have to be prepared for a future with more black swan events," Palantir COO Shyam Sankar told Bloomberg.

A year ago, gold hit new record highs of above $2,050 an ounce. Since then, gold has been through a selloff and a consolidation phase. Now, the precious metal is trying to find its foothold around the $1,800 an ounce level, which is currently a strong resistance point. At the time of writing, December Comex gold futures were trading at $1,782.80, down 0.28% on the day.

Palantir's newly purchased gold will be stored at a secure third-party facility, according to the company.

"Such purchase will initially be kept in a secure third-party facility located in the northeastern United States and the Company is able to take physical possession of the gold bars stored at the facility at any time with reasonable notice," the earnings statement said.

In May, the company's finance chief Dave Glazer said that Palantir was also looking into having bitcoin or other cryptos on its balance sheet. Accepting bitcoin as a form of payment was being considered as well.

So far, no one has paid with gold or bitcoin, Sankar said, adding that accepting non-fiat types of payments "reflects more of a worldview."

Palantir makes data analysis software used by governments and private businesses. The company made headlines last week when it was announced that Ark Invest's Cathie Wood bought 5.6 million Palantir shares worth around $139 million. This pushed Palantir to the ARK Innovation's 15th-largest holding.