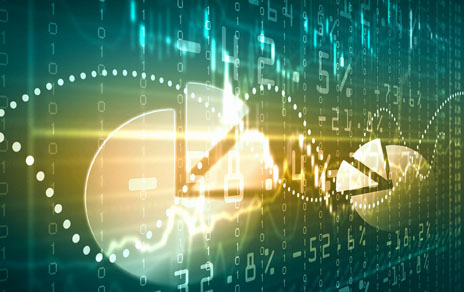 (Kitco News) - Gold investors need to separate the current price action created by short-term market sentiment and the long-term fundamental potential, according to one research analyst.

Tim Hayes, chief global investment strategist for Ned Davis Research, said in a recent interview with Kitco News that gold is struggling in the near term as markets brace for a shift in U.S. monetary policy. The Federal Reserve is looking to reduce its monthly bond-purchase program by the end of the year.

However, Hayes added that the economic environment that drove gold prices to record highs last year remains firmly in place.

"This tapering talk is providing some short-term support for the U.S. dollar, and that is hurting gold," he said. "Despite this talk, real yields are going to remain in negative territory. They are getting less negative but so what they are still negative."

Although the U.S. dollar is seeing some near-term momentum, Hayes noted that it is well off its all-time highs. Gold, on the other hand, is just 13% from its record highs seen last year. Hayes added that it would be difficult for the U.S. dollar to find significant bullish traction in a low interest rate environment.

Hayes noted that in May 2020, his research at Ned Davis generated a long-term sell signal for the U.S. dollar. Even with the recent momentum, that sell signal remains in place. At the same time, the gold market remains in a long-term uptrend, he added.

"If the U.S. dollar is going to see a shift in its long-term fundamentals, the interest rate differential with non-U.S. rates needs to be a lot more positive," he said. "We just don't see that happening anytime soon."

Although Hayes said that he is not expecting inflation to rise as sharply as it did in the 1970s, consumers can expect to see consistently higher price pressures. He added that in a low interest rate environment, negative real rates are here to stay.

"Once the inflation genie is out of the bottle, it's impossible to get it back in," he said. "Inflation can be transitory, but the question investors need to ask is if this is the worst that it is going to be? I don't think so. As long as we see no long-term positive income potential, gold remains attractive."

Because the overall environment isn't changing anytime soon, Hayes said that it wouldn't take much for investors to see value in gold again. He added that a correction in equity markets could trigger a flight to safety and push gold prices higher.

As for his outlook on the current gold price, Hayes said that the recent selloff presented a tactical buying opportunity for investors. With gold prices back above $1,800 an ounce, the precious metal has managed to recoup most of the losses seen two weeks ago in a flash crash that pushed prices below $1,700 an ounce.

"Sentiment in the near-term remains negative on gold, but I don't see prices moving into a long-term downtrend anytime soon," he said.