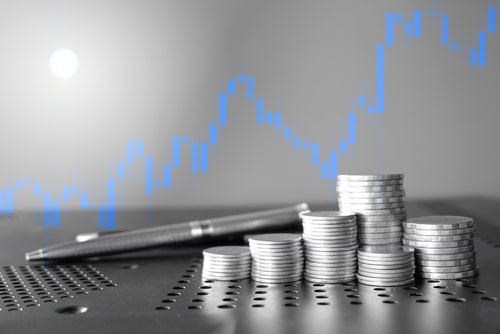 (Kitco News) After the flash crash two weeks ago, analysts expected to see a rebound in gold and silver. But silver has lagged behind. StoneX looked into what's keeping the silver market down.

"We were looking back at the heavy fall, subsequently unwound, in gold the previous Monday in the so-called 'flash crash,' which took over $100 or just over 1% off the price. We thought that the subsequent week would see substantial short covering in gold and silver; we were right about the former but wrong about the latter," said Rhona O'Connell, head of market analysis for EMEA and Asia regions at StoneX.

While gold managed to recover all of the losses since Aug. 9, silver has struggled behind. And that is despite Tuesday's impressive gains of more than 1% on the day. At the time of writing, September Comex silver was trading at $23.93, up 1.16% on the day.

O'Connell pointed out that instead of seeing increased interest after the price drop, the silver market saw a build-up of short positions, which weighed on the precious metal.

"Silver shorts (this is among money managers, not the commercial side of the market) increased in the following week as the market's industrial side took precedence over the precious aspects of silver's fundamentals," O'Connell explained. "Commitment of Traders figures (to close of business 17th August) showed fresh longs and fresh shorts in silver, with the net long position dropping to 1,770t, the lowest since mid-June 2019 and compares with a twelve-month average of 5,963t."

The critical element keeping silver down is the slowing industrial component, she added. Markets are becoming more concerned with the potential impact of rising COVID-19 cases due to the quickly spreading delta variant.

"The concerns last week over the persistence of the virus and its economic impact, notably with economic numbers showing continued slowing in the rate of growth in China and consumer confidence weakening in the both the United States and Europe, have been putting pressure on commodities overall," O'Connell noted.

This is why instead of seeing a boost in prices, silver witnessed some losses last week.

"The Bloomberg base metals index, for example, dropped by 5.6% between last Monday 16th and Thursday 19th August before a small rally towards the end of the week. Silver came down over the same period, although the proportional fall was smaller, at 3.7%, suggesting some mild supportive influence from steady gold," O'Connell said.

Another reason why silver might be struggling is the lack of market participants, with many traders away on holidays.

Plus, the uncertainty around the Jackson Hole meeting this week and the highly-anticipated Federal Reserve's tapering announcement are keeping many on the sidelines.

"The Minutes of the Federal Open Market Committee July meeting last week was more hawkish than the month previously," O'Connell stated. "Fed Chair Jay Powell addresses the Symposium on Friday, and the markets are already looking forward towards that date."

O'Connell projects that markets will remain uncertain until the Fed's September monetary policy meeting, which will include the next round of economic projections from the central bank. "Until then, the markets will remain on edge, monitoring any speech from central bankers around the world and keeping a close eye on the state of the pandemic," she said.