Gold price is in 'hibernation,' but it is going 'a lot higher' - Bond King Jeffrey Gundlach 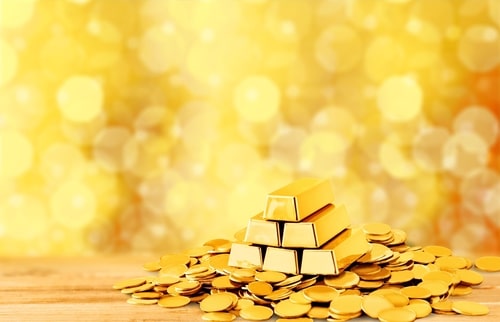 Billionaire "Bond King" Jeffrey Gundlach sees the U.S. dollar on the decline and gold going a lot higher after the precious metal leaves its hibernation mode.

"My number one conviction looking forward a number of years — I'm not talking about the next few months at all, I'm talking about several years — is that the dollar is going to go down," DoubleLine CEO Jeffrey Gundlach told Yahoo Finance. "The dollar going down is another reason why we touched on gold. I think ultimately gold is going to go a lot higher, but it's really in hibernation right now."

The dollar's decline is inevitable because of the economic policies implemented by the U.S., Gundlach said, adding that it is all about the debt levels.

"We have debt-to-GDP that is fueling the majority of our so-called economic growth. So, is it really economic growth when you borrow money or print money, send checks to people who turn around and buy goods on Amazon in addition to maybe paying down debt and speculating and these goods come in from China?" Gundlach said. "A lot of that consumption is going to China … That's one of the reasons why China has such a strong economy. So, what we're seeing in the United States is starting to fall behind in economic growth. That's not a new thing. That's been going on for a generation, the U.S. falling behind."

This is also why the dollar's global reserve currency status is under threat.

"We're running our economy in a way that is almost like we're not interested in maintaining global reserve currency status or the largest military or global call it superiority or control. As long as we continue to run these policies, and we're running them more and more aggressively, we're not pulling back on them in any way, we are looking at a road map that is clearly headed towards the U.S. losing its sole reserve currency status."

How low with the U.S. dollar drop? Gundlach said that the greenback could take out the lows of the past bearish cycle.

"The dollar has been in a series of declining highs for decades — it goes back to the '80s. For that reason, I think when we get to the next break to the lower level, the dollar will go past the most recent low of around 80 and even take out the low of 70. So, I think there's easily 25% downside in the U.S. dollar," he stated.