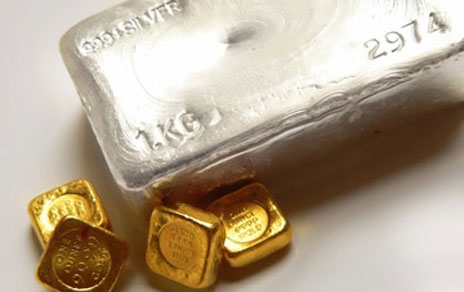 (Kitco News) - Hedge Funds increased their bullish bets in gold as they see new value as the U.S. economic recovery faces the growing threat of the COVID-19 Delta variant, according to some analysts quoting the latest trade data from the Commodity Futures Trading Commission.

Commodity analysts at TD Securities described the recent price action in gold as a tug of war between safe-haven demand driven by the ongoing pandemic and the Federal Reserve's desire to reduce its monthly bond-purchasing program by the end of the year.

"Despite expectations that the Fed Chair was going to signal the tapering of the central bank's asset purchase program, concerns surrounding the proliferation of the Delta variant and a strong focus on full employment prompted specs to cover their short bets," said the analysts in a report Monday.

The CFTC disaggregated Commitments of Traders report for the week ending Aug. 24 showed money managers increased their speculative gross long positions in Comex gold futures by 9,364 contracts to 126,636. At the same time, short positions fell by 7,002 contracts to 51,192.

Gold's net length now stands at 75,444 contracts, up nearly 28% from the previous week. Renewed interest in gold helped push prices back above $1,800 an ounce during the survey period. The gold market managed to recover all of its losses caused by the flash crash earlier in the month.

Analysts at TDS said that they see the potential for higher prices as it appears sentiment among speculative investors is shifting. They noted that while the Fed may reduce its monthly purchases, the central bank's monetary policies will remain accommodative for the foreseeable future.

"[Federal Reserve Chair Jerome Powell's] statements coming from the Jackson Hole symposium on Friday suggested that while the central bank would taper, the standard for lifting the Fed Funds rates would be much more stringent, which again suggested low real yields are here to stay for quite a while longer. This implies that long exposure may continue to increase, which could serve as a catalyst for higher gold prices," the analysts said.

Commodity analysts at Société Générale said that although the Federal Reserve committee members continue to talk about reducing bond purchase, the ongoing COVID-19 uncertainty keeps them from providing any effective plans and timelines. This uncertainty is weighing on the U.S. dollar, which is benefiting gold.

While money managers are once again viewing gold as a safe haven, the silver market is still struggling to find new bullish sentiment. Hedge funds are reducing their overall exposure, including short-covering.

The disaggregated report showed that money-managed speculative gross long positions in Comex silver futures fell by 133 contracts to 48,094. At the same time, short positions dropped by 1,002 contracts to 37,470.

Analysts at SocGen reiterated their stance that silver's bearish positioning is overdone and the market is at risk of a short-covering correction.

Silver is not the only metal that is struggling. Hedge funds are also reducing their exposure to copper.

Copper's net length is currently at 12,267 contracts, falling nearly 35% from the previous week. Despite the drop in bullish sentiment, copper prices managed to hold support above $4.20 an ounce.