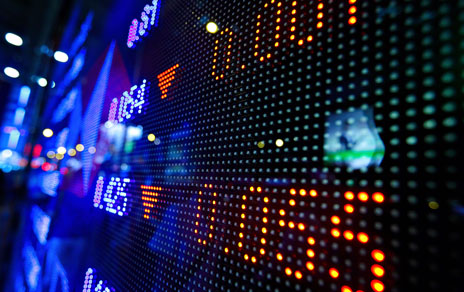 (Kitco News) - After a year-and-a-half hiatus, due to the COVID-19 pandemic, the London Metals Exchange resumed its open outcry trading in the famous "Ring." However, the future of the physical trading arena remains in question as volume significantly drops.

According to trading data from the LME, the total trading volume on the first day of floor trading was 3,493 contracts, down 85% from nearly two years ago when physical trading was stopped because of the pandemic.

In the last 18 months, all trading on the LME has been digital. While physical trading has seen a lackluster start, the LME noted that its overall trading volume is up more than 70% from pre-pandemic levels.

Earlier this year, the LME proposed closing the Ring, which can trace its history as far back as 1877. However, smaller brokers and dealers pushed back on the idea and managed to keep it open. In June, the LME announced a hybrid trading system where benchmark contracts can be settled using the open-outcry system, but daily closing prices are set electronically.

"From aluminum to copper, no asset class is more volatile than commodities right now. Managing this risk on-screen is much easier than on a human trading floor where there is ample room for misinterpretation," said Alexandre Bon, a market risk expert at market infrastructure provider Murex, in a recent interview with the Financial Times.

"Given the LME's new direction of travel, the reduced responsibility of the ring and our business priorities, we feel the time is right to redeploy our resources and capabilities," said Triland's Chief Executive Martin Pratt back in August.

Although the LME is maintaining its dual trading platforms, it has said that it has the discretion to set official prices through the electronic market if the volume is low or there are fewer than five members trading in the Ring.

So far, the LME is not looking at changing its current operations.

"I don't think we can sit here and say we expect volumes to be the same, because we've made a decision that means that probably won't happen," LME Chief Executive Matthew Chamberlain said in an interview with Bloomberg. "I really feel it can be made to work, but ultimately I can't sit here and judge that; that has to be a question for the dealers."