Yellen warns of "irreparable damage" if debt limit is not raised, extraordinary measures run out in October 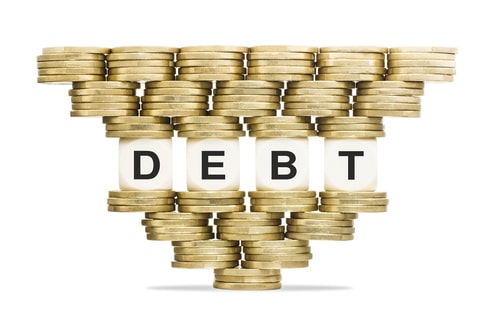 (Kitco News) (Kitco News) U.S. Treasury Secretary Janet Yellen called on Congress to raise the debt limit, warning that the Treasury Department is on track to run out of cash and exhaust its "extraordinary" measures in October.

If the debt ceiling is not raised, U.S. could be looking at payments default, Yellen said in a letter to Congress on Wednesday.

"Once all available measures and cash on hand are fully exhausted, the United States of America would be unable to meet its obligations for the first time in our history," she wrote. "The Treasury Department is not able to provide a specific estimate of how long the extraordinary measures will last. However, based on our best and most recent information, the most likely outcome is that cash and extraordinary measures will be exhausted during the month of October."

Since August 1, the Treasury Department has implemented extraordinary measures that keep the U.S. government financed on a temporary basis.

"These measures … include a suspension of certain investments in the Civil Service Retirement and Disability Fund, the Postal Service Retiree Health Benefits Fund, and the Government Securities Investment Fund of the Federal Employees' Retirement System Thrift Savings Plan," Yellen specified.

The Treasury Secretary also warned of "irreparable damage" if the debt ceiling is not raised in time.

"We have learned from past debt limit impasses that waiting until the last minute to suspend or increase the debt limit can cause serious harm to business and consumer confidence, raise short-term borrowing costs for taxpayers, and negatively impact the credit rating of the United States," she said. "A delay that calls into question the federal government's ability to meet all its obligations would likely cause irreparable damage to the U.S. economy and global financial markets."

In response to the statement, gold edged up from daily lows but was still trading under pressure. December Comex gold futures were last at $1,794.80, down 0.21% on the day.