NEW YORK, Sept 15 (Reuters) - Global shares were off slightly on Wednesday as cooling inflation eased some fears of an early reduction in monetary stimulus, while a slowing economic recovery and uncertainty over higher taxes kept gains in check.

Data out of China showed that growth in its factory and retail sectors continued to falter in August with output and sales growth hitting one-year lows as fresh COVID-19 outbreaks and supply disruptions pointed to a possible economic slowdown in the mainland. read more

While U.S. data out this week shows inflation cooling and having possibly peaked, inflation in Britain was the highest in years.

Still, Wall Street indices rose on Wednesday, with the energy and financials sectors recovering some of their losses in recent sessions.

"The delta wave is likely receding in the U.S. and globally, and the pandemic recovery should restart," JPMorgan Securities analyst Marko Kolanovic wrote, referring to the highly infectious coronavirus delta variant.

"As delta subsides, and inflation persists due to supply frictions from reopening and accommodative monetary policy, we expect the reflation/reopening trade to resume its outperformance, and believe that bond yields and cyclicals likely bottomed early last month," Kolanovic added.

Investors continued to scrutinize data on inflation after a report on Tuesday from the U.S. Labor Department showed it cooling. On Wednesday, data showing that U.S. import prices fell for the first time in 10 months boosted hopes that inflation may have peaked. read more

In contrast, inflation in Britain hit a more than nine-year high last month, though largely due to a one-off boost that analysts said was likely to be temporary. read more

All eyes now are on next week's U.S. Federal Open Market Committee's monetary policy meeting. Expectations that the Fed will announce plans to taper its bond-buying program were lower after Tuesday's softer-than-expected U.S. inflation data, especially as some expect inflation to remain high for months.

Possible increases to the U.S. corporate tax rate remain important in the background, and one bank estimated that raising the corporate tax to 25% could shave 5% off S&P500 earnings in 2022. read more

"We still have a very fragile market, especially if we get some type of tapering from the Federal Reserve," said David Wagner, portfolio manager at Aptus Capital Advisors. "Any material change to tax policy can create a more volatile market."

Oil prices rose more than $2 per barrel on Wednesday after industry data showed a larger-than-expected drawdown in U.S. crude inventories. 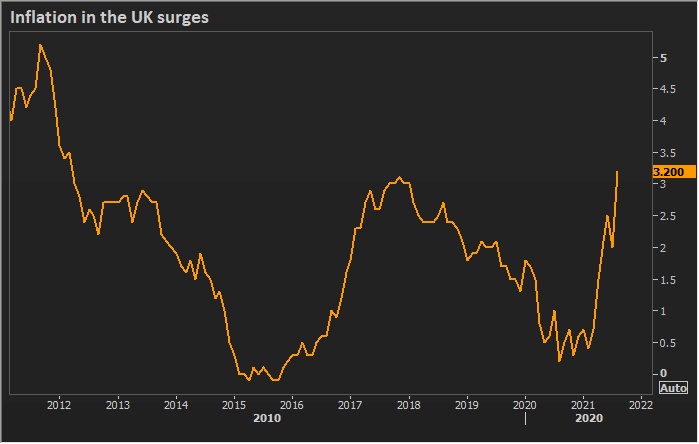 After the Chinese data, Chinese blue chips (.CSI300) were down 1%, and U.S.-listed Chinese stocks extended losses.

"This is not a dip, it is a falling trend that will last at least until the end of this year," Iris Pang, chief China economist at ING, said of the Chinese data.

Shares in property developer Evergrande (3333.HK), which is scrambling to raise funds to pay its many lenders and suppliers, fell for the third consecutive day on Wednesday, losing as much as 5.4% to their lowest since January 2014. read more

Reporting by Elizabeth Dilts Marshall in New York, Huw Jones in London; Editing by Will Dunham
Disclaimer: The views expressed in this article are those of the author and may not reflect those of Kitco Metals Inc. The author has made every effort to ensure accuracy of information provided; however, neither Kitco Metals Inc. nor the author can guarantee such accuracy. This article is strictly for informational purposes only. It is not a solicitation to make any exchange in commodities, securities or other financial instruments. Kitco Metals Inc. and the author of this article do not accept culpability for losses and/ or damages arising from the use of this publication.