Another debt ceiling warning from Yellen: 'Let's not plunge ourselves into financial crisis' 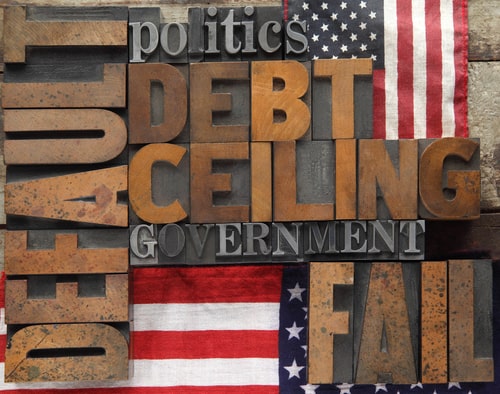 The U.S. will run out of money and won't be able to pay for its bills as soon as October, Yellen wrote in a Wall Street Journal op-ed on Sunday.

"We are finally emerging from the pandemic crisis. Let's not plunge ourselves into a financial one," she said. "Congress has raised or suspended the country's debt ceiling about 80 times since 1960. Now it must do so again. If not, sometime in October—it is impossible to predict precisely when—the Treasury Department's cash balance will fall to an insufficient level, and the federal government will be unable to pay its bills."

Failure to raise the debt ceiling would lead to a "widespread economic catastrophe," Yellen warned.

"In a matter of days, millions of Americans could be strapped for cash. We could see indefinite delays in critical payments. Nearly 50 million seniors could stop receiving Social Security checks for a time. Troops could go unpaid. Millions of families who rely on the monthly child tax credit could see delays. America, in short, would default on its obligations," she said.

A default would trigger a financial crisis, which could lead to significantly higher interest rates and a massive selloff in the stock market, Yellen pointed out.

"Our current economic recovery would reverse into recession, with billions of dollars of growth and millions of jobs lost," she wrote. "We would emerge from this crisis a permanently weaker nation. For about a century, America's creditworthiness has been a major advantage over our economic competitors."

Yellen reminded Congress that raising the debt limit does not mean additional spending, adding that it is important to raise the debt ceiling sooner rather than later.

"There is a big difference between avoiding default by months or minutes. We saw that in 2011 when debt-limit brinkmanship pushed America to the edge of crisis. America's credit rating was downgraded, and there was a severe stock market downturn. This led to financial-market disruptions that persisted for months. Time is money here, potentially billions of dollars," she noted. "Neither delay nor default is tolerable."

Yellen has been warning Congress all summer, stressing severe consequences if the nation's $28 trillion debt ceiling is not raised.

Democrats and Republicans are currently in a standoff on the issue. The U.S. House is scheduled to vote on this next week, with Senate Minority Leader Mitch McConnell rejecting Yellen's calls for Republicans to work with Democrats in raising the federal debt ceiling.

Gold, in the meantime, is up nearly 1% on the day, with December Comex gold futures rebounding after last week's losses, last trading at $1,767.30 an ounce.