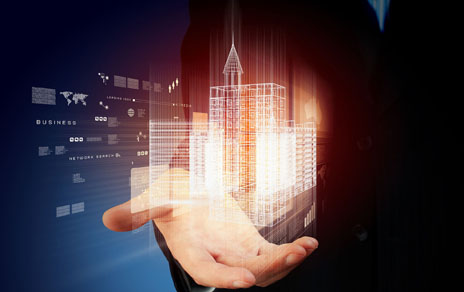 (Kitco News) - The Dow Jones Industrial Average started the new trading week down more than 500 points as fears continue to mount that a Chinese real estate juggernaut would not be able to meet its debt obligation this week.

Evergrande has been scrambling to raise money to pay its bondholders as an $83.5 million interest payment comes due Thursday. The company will see another $47.5 million payment due the following week. According to many analysts, the fear of a default in China could spread to the rest of the world.

Despite these growing fears, the gold market is seeing only modest interest as prices remain well below $1,800 an ounce. December gold futures last traded at $1,762.20 an ounce, up 0.62% on the day.

"Gold is not drawing as much support as one might expect from the softer yields and falling equities," said Marc Chandler, managing director at Bannockburn Global Forex.

Bart Melek, head of commodity strategy at TD Securities, said that gold isn't attracting significant attention is because investors are more interested in holding cash ahead of a potential liquidity crisis.

Although the U.S. dollar has dropped from its fresh four-week high, it continues to show resilient strength. The U.S. dollar index last traded at 93.19 points, relatively unchanged on the day.

"It looks like investors are hoarding cash, and at the end of the day, although gold is a safe-haven asset, it's not U.S. dollars," said Melek.

Melek added that despite the liquidity issues growing in Chinese markets, investors in North America are still focused on the Federal Reserve and a potential shift in its monetary policy.

The U.S. central bank holds its two-day monetary policy meeting Tuesday and Wednesday. Ahead of the monetary policy decision, there are expectations that the Federal Reserve releases a plan to reduce its monthly bond purchases.

Melek said that he does not expect the Fed to release any plan, but the idea that a plan is still coming is enough to weigh on gold in the near term.
Ole Hansen, head of commodity strategy at Saxo Bank, also said that U.S. monetary policy is having a bigger impact on the gold market than the equity market volatility.

"There is currently a sense in the market that the next major move in yields and the dollar are both to the upside. Until that view changes, gold has got its work cut out to attract renewed demand," he said.

Hansen added that despite a looming liquidity crisis, sentiment in the gold market remains bearish as prices have been unable to hold above critical resistance points.

Colin Cieszynski, chief market strategist at SIA Wealth Management, said that gold is not seeing much movement in part because investors don't yet know just how big an impact an Evergrande default will be for the global economy.

"Some investors may be thinking any fallout from Evergrande could be contained to China and China-sensitive markets," he said. "Gold is up slightly, but not as much as one would expect on a day when investors are taking a more defensive stance."