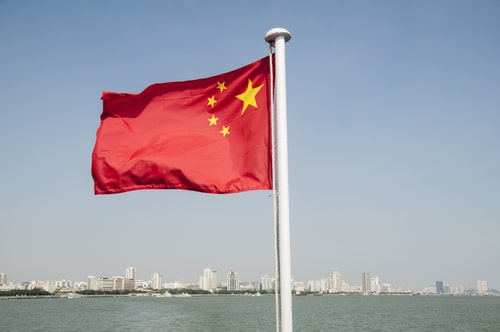 (Kitco News) China warned local officials to prepare for a potential storm if the property giant Evergrande collapses, according to a report by The Wall Street Journal.

This move signals that China might not be willing to bail out the world's most indebted real estate developer, Evergrande, the WSJ report cited people familiar with the matter as saying.

The officials noted they are being asked to get "ready for the possible storm," including all the potential economic and social consequences that could come along if Evergrande fails to meet its financial obligations.

The message from China's government to local officials is about controlling and moderating the contagion effect that could spill out to home buyers and the economy in general, the WSJ report noted. One important task is to try and limit any potential job losses that could come from this.

Evergrande will have to make a number of bond payments in the next few weeks, including an $83.5 million coupon payment that was due Thursday.

Local Chinese government officials have also been asked to look at the finances of Evergrande's business in their own regions. The idea is that other property developers might be able to take over some of the projects.

After delaying paying its own suppliers, Evergrande had to suspend some of its real estate developments.

Local officials were told to monitor was public anger and unrest in connection with people losing their deposited funds in a potential Evergrande's collapse scenario. And with China's market stabilization a priority for leader Xi Jinping, this issue will be front and center.

Morgan Stanley said in a note this week that China will be focusing on trying "to prevent a fast and sharp housing deterioration."

Market fears surrounding Evergrande spilled into the U.S. market on Monday as risk-off sentiment surged. But the selloff was temporary, with markets posting a rebound throughout the rest of the week.

"The Evergrande situation seems very particular to China, which has very high debt for an emerging economy," Powell told reporters. "Corporate defaults in the U.S. are very low right now … You would worry that it would affect global financial conditions through confidence channels."

In a conversation with Bloomberg published earlier this week, Ray Dalio said the Evergrande situation is "not a Lehman moment" for the Chinese economy, referencing the American bank collapse, which shook investor confidence leading to the 2008 financial crisis.

"This is not a Lehman moment. A Lehman moment produced pervasive structural damage through the [financial system]. $300 billion is what [Evergrande] owes, and this is all manageable," said Dalio.