How NFTs are fueling the Ethereum price 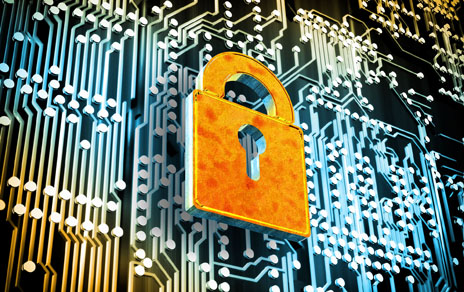 (Kitco News) - Non-fungible tokens (NFTs) are one of the hottest trends in the cryptocurrency industry. These digital assets have raked in billions of dollars. Most NFTs are built on the Ethereum blockchain, which has been a catalyst for the price of the second-biggest cryptocurrency, though there are other platforms.

NFTs are digital assets that take the form of art, music, video, or wherever the creator's imagination can go. Their non-fungible feature refers to the unique nature of these digital assets that cannot be replicated, akin to an original baseball card. NFTs were most recently thrust into the spotlight in August when an artist named Beeple sold his called "Everydays: The First 5,000 Days" for $69 million in a Christie's auction.

The owner of Beeple's $69 million NFT is turning the artwork into an immersive party—you just have to pay $150 to attend: https://t.co/lC2NloG4Ho pic.twitter.com/OBtqaQyP38

Since then, the market has seen an image of a digital rock sold for 400 Ethereum, or $1.3 million, from the EtherRock collection. Now everyone from major corporations such as Visa to famous athletes including Tom Brady and Tiger Woods are jumping on the NFT bandwagon as digital collectibles continue to disrupt the traditional art landscape.

Someone paid 400 ETH or about $1.3 million for this JPG of a rock. Yes a rock! Has the world gone NFT mad? #NFT #nftart #Ethereum pic.twitter.com/9wx05eGRNY

Kosala Hemachandra is founder and CEO of MyEtherWallet, a platform for generating Ethereum wallets and interacting with the blockchain. Not surprisingly, the platform has grown in popularity alongside the rise of the Ethereum price, which has advanced more than 300% this year so far, even off its highs.

Hemachandra spent some time with Kitco, explaining how he recognized the value of Ethereum back in 2015. He knew after reading the whitepaper that it was "going to be a killer blockchain" that is good for more than just value transfer, the chief capability of Bitcoin. He added,

"I definitely knew it was a platform to create a lot of other things. I didn't know exactly what it could be."

That's when he realized that people were having difficulties sending Ethereum transactions. He got the idea to create a small web interface to unlock wallets and sends transactions, and demand blew up from there. Since then, the platform has grown as MEW has added more tokens, including the ERC-20 tokens that were big in 2017 and EIP 721 for NFTs. Today MEW has close to 500,000 mobile users as well as 2.5 million-3 million unique monthly active users.

While MEW doesn't collect data specific to NFTs, Hemachandra said he can still glean some trade secrets from the activity on his platform. He explained how the market is comprised of fewer newcomers getting into NFTs but rather an existing Ethereum user base. While the industry may have attracted new artists, they are primarily creating NFTs for the established Ethereum community.

"I strongly believe it's the Ethereum user base that's getting more understanding about NFTs, not people from the outside. But it is bringing more users to the Ethereum platform," said Hemachandra.

As more investors come into the space, it validates that cryptocurrency is not something scary or shady, he added. Hemachandra recalled when Bitcoin first came on the scene, saying that everyone thought it was a black market. But now that institutions, including Visa, are purchasing NFTs, it validates the whole concept. He said it means NFTs are here to stay, and more and more institutions are likely to dip their toes into the water. Visa recently doled out $150,000 for a digital avatar of a female punk donning a mohawk in the CryptoPunk NFT series as the company makes a push into what it describes as "digital commerce."

"With institutions like Visa investing in CryptoPunks, other institutions will also look into it and be like, okay if Visa can do it, let's do it and see what we can accomplish with it," said Hemachandra.

The MEW founder explained the longstanding problems that NFTs and the blockchain, an immutable ledger, solve when it comes to the ownership of digital content.

"How do you give rights and verify ownership of digital continent? If it's a Monet, someone can own the original. But thinking about an image, everyone has the exact same thing and can copy it again and again. That has been a problem in the digital space for a while — how do you make sure someone owns the original product? So, I think that's the main advantage for most of the institutions to come into the space and utilize this NFT concept in Ethereum," said Hemachandra.

In the first half of 2021, NFTs generated $2.5 billion in combined sales. Meanwhile, the market has yet to be formally regulated. Hemachandra, who has been around the cryptocurrency space for more than five years, described a "fractionalized" regulatory landscape in the blockchain industry. Regulators are trying to apply existing rules to protect investors and citizens, said Hemachandra, adding:

"I think at some point they have to figure out how to create laws around the blockchain and cryptocurrency assets. Right now, that does not exist."

While crypto regulation may be blurred, he does not see it as a threat, but it is a point of frustration. For example, the MEW team might spend weeks building a new feature, and then they must go back and make sure it doesn't break any laws.

"There are no fixed guidelines on which laws can be applied. All industry players are facing the exact same problem," he said.

This has not stopped MEW from innovating. As the Ethereum blockchain transitions to Eth 2.0 for greater scalability as well as faster and cheaper transactions, MEW is working on new staking features that will allow users to earn interest on their Ethereum holdings. They also plan to introduce other blockchains to the network in addition to Ethereum, Polygon and Binance Chain.