China's Bitcoin crackdown an opportunity for the US, Senator says 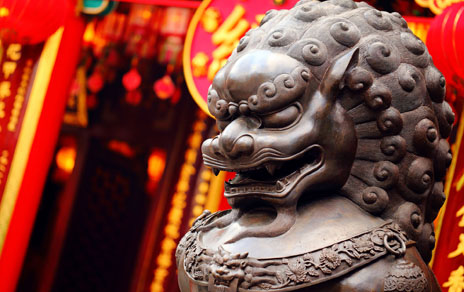 (Kitco News) - China's central bank has deemed all cryptocurrency transactions illegal, sending the Bitcoin price spiraling by 6%. U.S. Senator Pat Toomey believes it is an opportunity for the United States to move out front on cryptocurrency.

The People's Bank of China (PBOC) is broadening its ban on the industry, especially Bitcoin, making all cryptocurrency activities illegal. Regulators are targeting speculative investing, the issuance of new tokens and cryptocurrency derivatives trading.

In June, Chinese officials placed a blanket ban on Bitcoin mining, which is the process by which blockchain transactions are validated and new coins are created. In fact, they have been banning Bitcoin for years but have ultimately failed to prevent the price from rallying.

Ed Moya, senior market analyst at Oanda Corp, pointed out in a note that just three years ago, China was responsible for more than two-thirds of cryptocurrency mining. Now the government wants to eradicate any trace of it left in the communist country.

Moya told Kitco today that China's crypto crackdown is about ensuring the success of the digital yuan, the country's central bank digital currency (CBDC). He explained how China has done everything short of making it illegal to hold cryptocurrencies.

"This is going to scare a lot of people into saying ‘we don't want to be on the wrong side of the law in China.' You're going to see any remaining crypto operations rush for the exits," said Moya.

U.S. Senator Pat Toomey tweeted that China's crackdown is an opportunity for the United States to embrace innovation and a reminder of "our huge structural advantage over China." He went on to state,

"Beijing is so hostile to economic freedom they cannot even tolerate their people participating in what is arguably the most exciting innovation in finance in decades."

The cryptocurrency community was quick to respond. Meltem Demirors, chief strategy officer at CoinShares, reminded the U.S. Senator that like Beijing, many of Toomey's colleagues on Capitol Hill have similarly been "hostile to economic freedom," asking how the United States can make sure it doesn't follow in China's footsteps.

respectfully, Senator Toomey, certain colleagues of yours in Washington have also been hostile to economic freedom. how can we ensure the US doesn't follow down the same path? it's been concerning to see some of the rhetoric coming from the Senate and the House regarding crypto.

"While the world's second-largest economy is banning crypto transactions, the world's largest economy can say, ‘We're working on cleaning up the space.' This is an opportunity here for the U.S. to make sure that we get crypto right. There are high expectations that we will," said Moya.

The Federal Reserve has been slow to release a research paper on CBDCs, which chairman Jerome Powell says policymakers will publish soon.

Oanda's Moya warned that China's crypto crackdown is a short-term negative for the Bitcoin price and to expect more volatile selling. The Bitcoin price is currently hovering below $42,000 after knocking on the door of $50,000 a few days ago. Moya described it as a "knee-jerk selling reaction" to the regulatory hurdles, saying he would not be surprised to see Bitcoin dip below the $40,000 threshold.

"38,000 is a key level that could lead to a tremendous amount of panic selling. But in the medium to long term, we're still probably looking at much higher prices," said Moya.